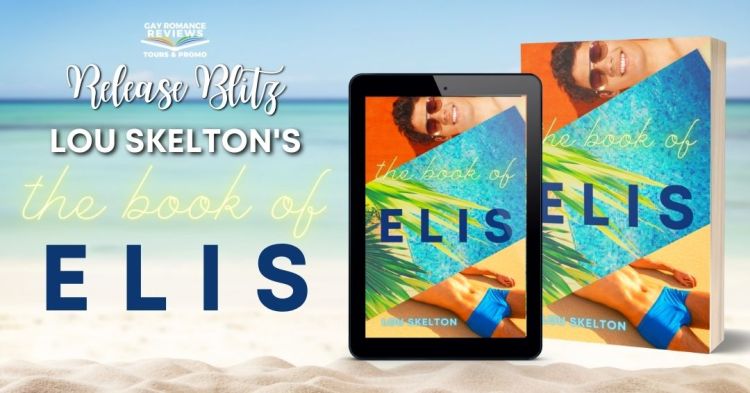 Q: What happens when a summer romance ends? A: The Book of Elis.

Two childhood friends reunite on vacation. Elis is a vain attention-seeker, yet Ieuan can’t help falling for him. Knowing the clock is ticking, Ieuan records their romance in his diary. But Elis is full of surprises. Is there more to him than it seems? And, with Elis and Ieuan living on opposite sides of the world, can there ever be anything deeper between them?

I decided to write this last night after everyone had gone to bed. Elis had sneaked into my room so we could mess around in the dark. For the first time, he kissed me. In four days our holiday will be over, so I don’t have long left. I have to get it all down while it’s still happening; before I forget what it was like.
Ieuan couldn’t be less impressed by the self-obsessed Elis, who brags about his life in Australia and who seems desperate for the attention of a girl back home. But, stuck together in a Spanish villa, they are drawn into a steamy and surprisingly tender romance.

Once the holiday is over, Elis must go back to Brisbane and Ieuan to a rainy village north of Cardiff. Though they remain in touch, Ieuan’s expectations of Elis are low. He is unreliable and immature—soon he’ll tire of the novelty of their relationship and the distance keeping them apart.

Or so he thinks. Because Elis is full of surprises, and Ieuan has to decide how much of his heart he dares to trust him with. 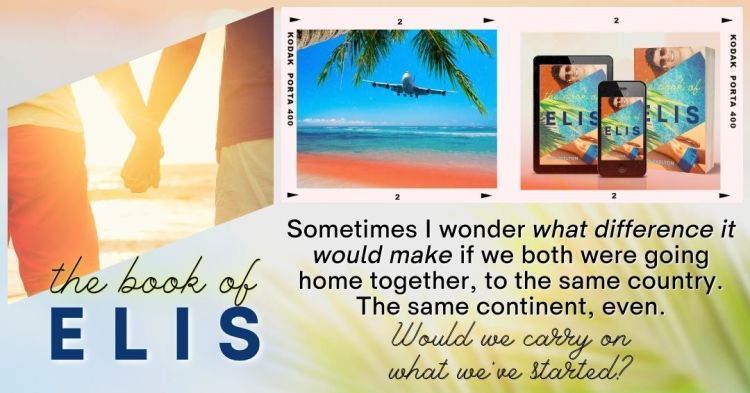 We just got back. I am sitting on the bed in my old room at home and everything is quiet and flat. Dad is bumping around in the loft putting the cases away, Mum is downstairs ordering us a Chinese. I’m supposed to be unpacking or something, but really I came up here to write. I decided on the plane that I should keep this whatever-it-is going—diary, journal? I don’t know, both sound wrong to me. Reading it back now, I suppose it’s the usual story—a boy, a crush, etc. Was all this to be expected? Once we’d started messing around, I mean. We had a good time, so it must have been inevitable that I’d end up missing him now he’s no longer here.

Unless there really is something about Elis that I can’t get anywhere else… But I sort of don’t want that to be true. Elis is a few hundred miles away and getting further away all the time. I have to keep reminding myself that he lives in Brisbane, which is nine thousand miles from here, and that the cost of seeing each other again is so far out of my budget that he might as well live on the moon. I should close this doc I’m typing in and give it up as a bad job.

But the text he sent from the airport shows our story is not finished yet. So here I am, still writing it all down.

Don’t forget, he’d said. Send me one back. The photo that came with his message looks so good I can hardly describe it. I smiled all the way to the check-in desk—can a dick pic be romantic? It’s not just a dirty picture, you see—it’s proof of something we couldn’t quite say. He’d taken it in the main bathroom of the villa we’d all shared, my family and his, while he was getting ready to leave. The tiles on the wall behind him gave it away. And his faded red shorts—I wonder if he’s still wearing them now?

In the picture he’s sort of leaning back, sucking his stomach in, and there are three fingers resting lightly on his dick as if he’s paused mid-stroke. His hips are pressing forward towards the camera, towards me. His underwear is pulled down, trapped under his balls, and the button-fly of his shorts is falling open. I remember those shorts well, and I remember, too, the feeling of his cock hot in my throat. He fucking loved that—I don’t think anyone had sucked him that deep before. I did a lot of things that no one else had done to him before—no wonder he’s sending me pictures of his dick.

To celebrate the release of The Book of Elis, Lou is giving away 2 e-copies of the release! 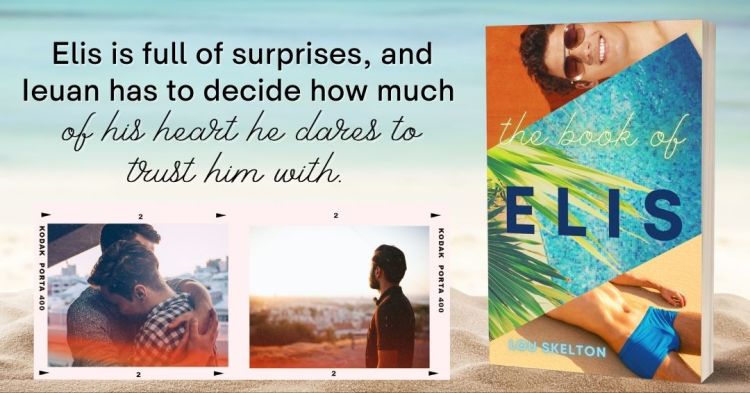 Lou Skelton writes fun, filthy and feelsy gay romance stories from her home in south east London. She particularly enjoys subverting romantic tropes and heteronormative narratives, but she still loves a good, old-fashioned happy ending. She has several books in development and is in the middle of writing her first series.