A fast-paced, sexy romance in the woods that will make Smokey Bear come running.

Jax fled his small hometown eight years ago to make it big in LA. His music career took off and he hasn’t been back to see his childhood best friend Emmett–his first, unrequited love–since. No man has lived up to that first love, though Jax has certainly tried.

When he finally gets a vacation, Jax decides to put his playboy ways behind him, surprise Emmett with a visit, and finally lay his feelings on the line. But Emmett has a few surprises up his sleeve, too–including one big secret. Emmett is a virgin. 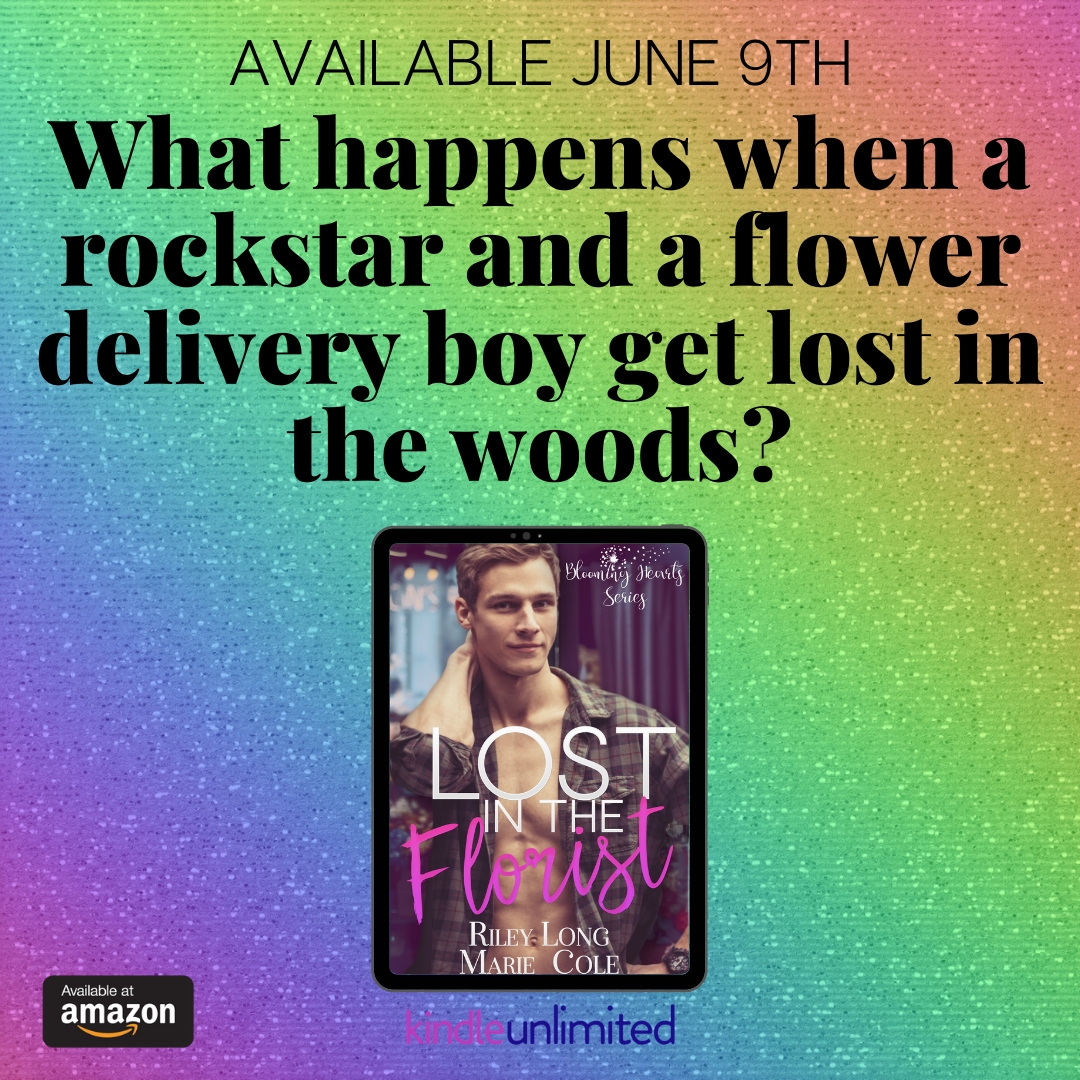 Jax glanced over his shoulder and so did Emmett. His grandmother was in the kitchen talking to her friend, whom she must have also invited. Great. So now not only do they have to have an awkward conversation with Emmett’s grandmother but they also have to have it in front of Gladys.

Jax looked back to Emmett. “Grams called me. She said maybe you didn’t have my number in your new phone. I texted you and told you. Didn’t you get it?”

He pulled his phone from his pocket and turned it on. He held it up to show Jax after he’d looked at it himself. “Nope. Nothing.”

“Hmm. Weird.” Jax looked back to Emmett and shrugged. “Oh, well.” He glanced behind him once more and then pushed Emmett back into his room. Jax closed the door behind him. The click of the lock seemed to echo in Emmett’s ears and his heart began pounding loudly. The sound alone made his boxers get just a bit more restrictive.

“Jax …” Emmett said. He’d meant for it to be a warning, but to his own ears it sounded more like a plea.

Jax didn’t reply, instead he grabbed Emmett by the back of the neck and pulled him forward until Emmett’s lips crashed against his own. Emmett was slightly more prepared than earlier. He knew it was a bad idea. He knew it wasn’t going to end well between them.

Emmett allowed himself one taste. His arm wrapped around Jax’s lower back, pulling himself in tighter against Jax’s heat and hard body. Emmett was only slightly shorter than Jax and had to tilt his head ever so slightly back to open his mouth and allow Jax’s tongue to travel over his. Emmett’s body shivered and a groan left him. He was barely restraining himself. Everything in him was screaming, begging him to just give in. To just let go. He swept his tongue across Jax’s and held on tight as he ground himself against Jax’s denim. He sucked in a hot breath and tried to pull away. “Fuck.” But Jax held him tight and found his lips again, coaxing him, tasting him, teasing him. Emmett’s guard was faltering quickly. This was a terrible idea.

“Don’t,” Jax whispered, his voice husky and sexy as hell. His hungry lips found Emmett’s and for a few moments there was nothing but the two of them, hot and heavy, hands grasping onto each other as if they would be ripped away at any moment.

“What?” Emmett gasped as Jax pulled his lips away and kissed across his jaw, making his way to his neck and Jax’s hand cupped his dick and balls through his jeans.

“Don’t you—“ A knock sounded at the door and Jax muttered a curse under his breath and retreated, turning his back to Emmett and the door.

“Dinner time, you two! Put your penises away and come on out here!”

“Jesus!” Emmett was mortified as he stared at his door. “We don’t have our penises out, Grams!”

Riley Long is a wife and mother living a quiet life in Virginia, with her husband, son, and one goofy pit bull. She passes her evenings writing, reading, and watching bad television (or not so bad television). For fun, Riley participates in NaNoWriMo, GISH, and reads with her book club, the BAMFs. She likes things with silly acronyms. The craziest thing Riley has ever done involves whipped cream and hugs. Riley writes sweet and sexy romance, with a special place in her heart for hipsters and musicians.

Marie Cole is the author of the contemporary romance #JustFriends Series. Lost in the Florist is her very first boy/boy romance and she’s super excited to be stepping into the m/m arena beside her writer bestie, Riley Long.

She is currently living in Virginia, is a self-professed Kwave addict, Karaoke Queen, and social binge drinker. When she’s not writing she’s taking photos of everything from her fluffy cat Dustpan to birds conversing on her porch. She loves to show them off on her Instagram account.