His Horizon by Con Riley

Temperatures rise when there are two cooks in Jude’s kitchen…

Jude’s drowning in guilt when he can’t save his family business single-handed. The last person he expects to throw a lifeline is Rob, a rival chef who once beat him to first place in a cooking contest.

Two chefs working together won’t be easy. Not when Rob is everything Jude isn’t—popular, extroverted, and a one-time hook-up. What’s worse is that Rob wears his heart on his sleeve while Jude’s still in the closet.

Jude’s dilemma doesn’t end there. Rob’s rescue package comes with conditions that mean sharing everything from the profits to Jude’s sleeping quarters.

Sleeping with the enemy will either be a disaster or signal a much brighter future, but only if Jude can meet Rob’s final condition and love him in the open.

Featuring opposites who attract, rivals to lovers, and an out-for-you storyline dripping with hurt-comfort feelings, His Horizon is the first in a shared-world series of standalone MM romance novels from Con Riley. 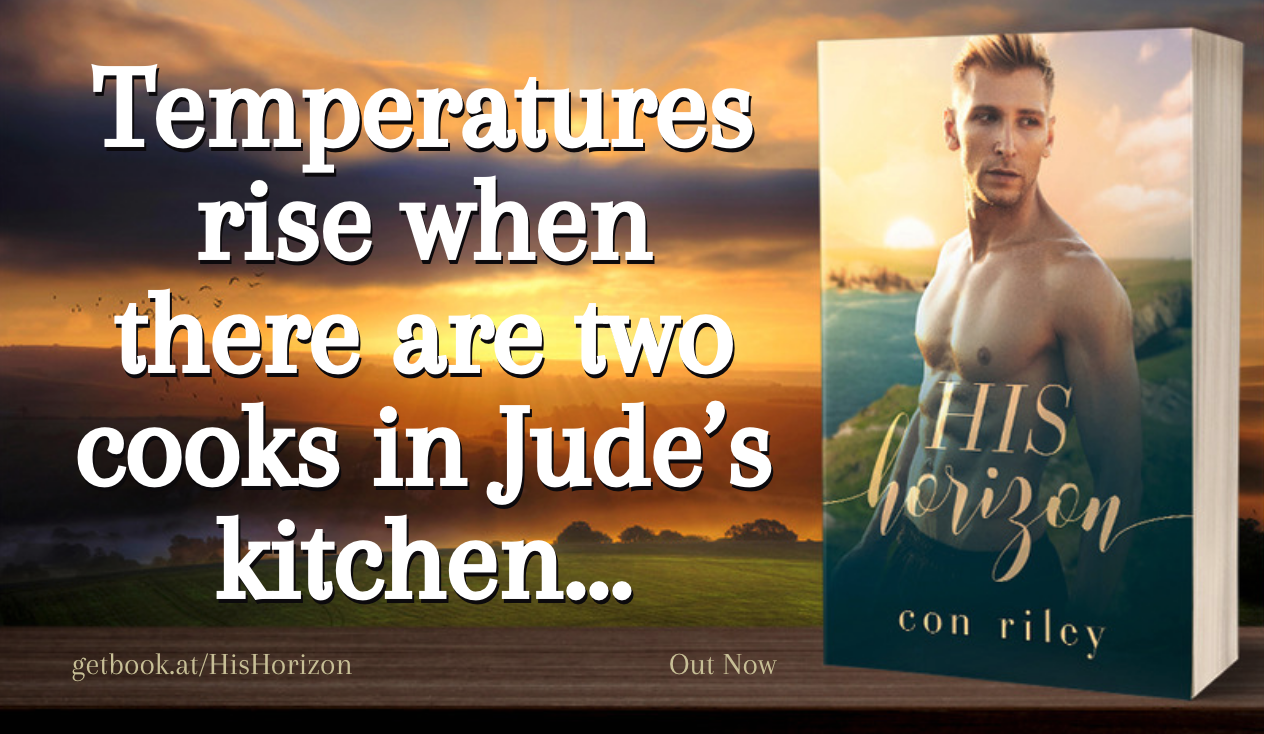 It was beyond dark in the boatyard, clouds covering the moon leaving the way deeply shadowed. Rob held out his phone, flashlight app a white beam that sliced through the darkness, his other hand in Jude’s, fingers laced as they walked in silence to the boatshed. It lit the ceiling when he placed it at the head of the bed, the portholes dark circles above them. He stayed quiet until Jude lay flat on his bunk. “One thing,” he then said, after kneeling over him. “Just to check.” Rob dipped down for a kiss, lips barely touching Jude’s before he pulled back a scant inch. “You didn’t help yourself to a finger or two of cognac from the bar before coming to find me, did you?” His knees were so close to the edge of Jude’s bunk that he slipped after straddling him.

Jude grabbed him with one hand on each of his hips, raising his knees to keep Rob steady. Once he was, Jude slid both hands under Rob’s T-shirt, hands travelling up and around to appreciate where his back broadened. “You think I’d need to be drunk to want this? Why?”

It wasn’t easy to switch position. “Jesus, you’re a lump.” Jude pushed up while twisting, rolling them over so Rob was beneath him. “Why, Rob? You really think my judgement needs to be impaired to want you?”

“No… I… well, yes.” Rob’s hands skimmed Jude’s hips, his waist, the curve of pectorals that were more pronounced after a year’s sailing. “To be fair, I have had months of Lou telling me about how you never do this.”

“It’s nothing.” Rob’s touch was distracting, but Jude stayed on topic.

Even in the dim light, Rob’s mask slipping again was visible. “Let people get close.” He squirmed, awkward before adding, “Besides, have you seen you?” He pushed Jude’s shirt higher. “Some people might say I’m punching a teensy bit above my weight.” He glanced down at that last word to where Jude had one hand on his belly. Rob’s skin was soft and giving. “Too many second breakfasts.”

“You’re gorgeous,” Jude said, and he meant it. Had done from their first meeting. “Annoying, but gorgeous.”

Rob pulled him closer and Jude sank into it, lying instead of kneeling, kissing instead of thinking about what might come tomorrow. With his eyes closed, and Rob’s arms around him, Jude was back in London, after the contest semi-finals, only this time—now—he wasn’t about to stop at kissing. No, if he’d learned anything this year, it was to take as much as he could, because tomorrow could get washed away without any warning.

To celebrate Con’s new release, we are giving a lucky winner the chance to win a $20 Amazon Gift Card! 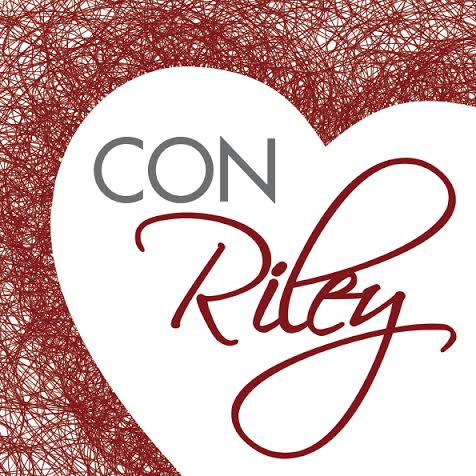 Con Riley lives on the wild and rugged Devonshire coast, with her head in the clouds, and her feet in the Atlantic Ocean.

Injury curtailed her enjoyment of outdoor pursuits, so writing fiction now fills her free time instead. Love, loss, and redemption shape her romance stories, and her characters are flawed in ways that makes them live and breathe.

When not people watching, or wrangling her own boy band of teen sons, she spends time staring at the sea from her kitchen window. If you see her, don’t disturb her—she’s probably thinking up new plots.