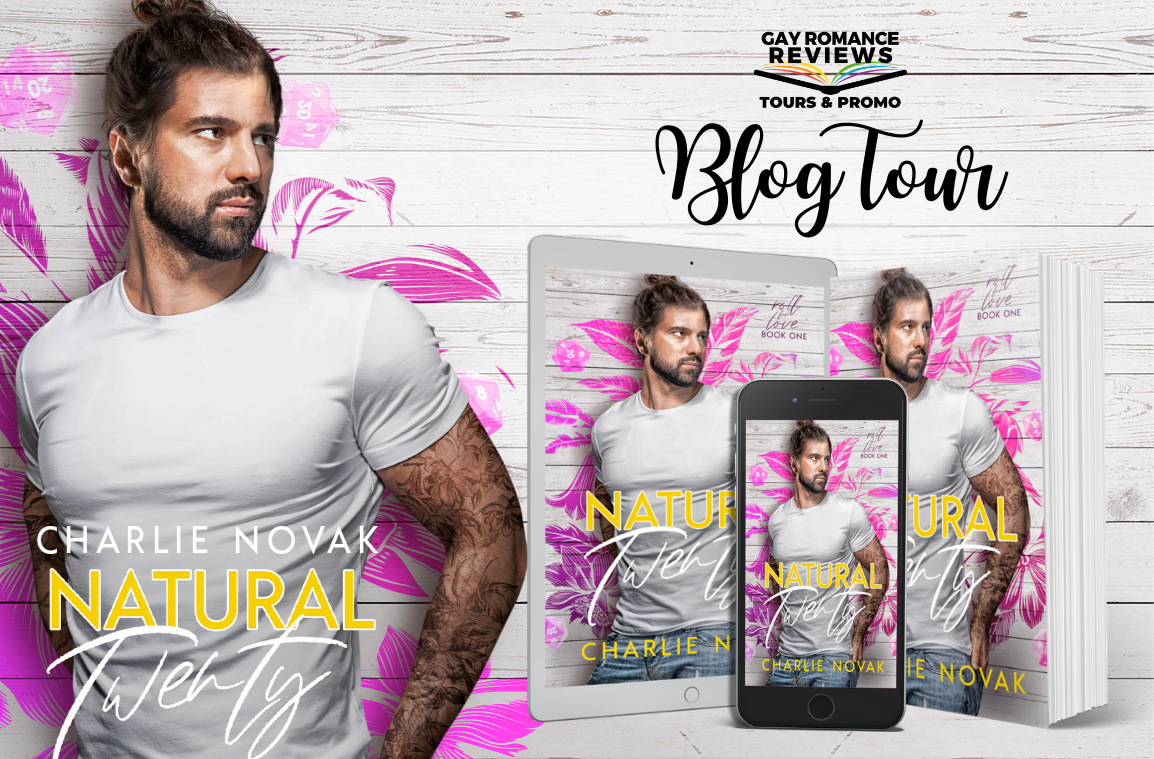 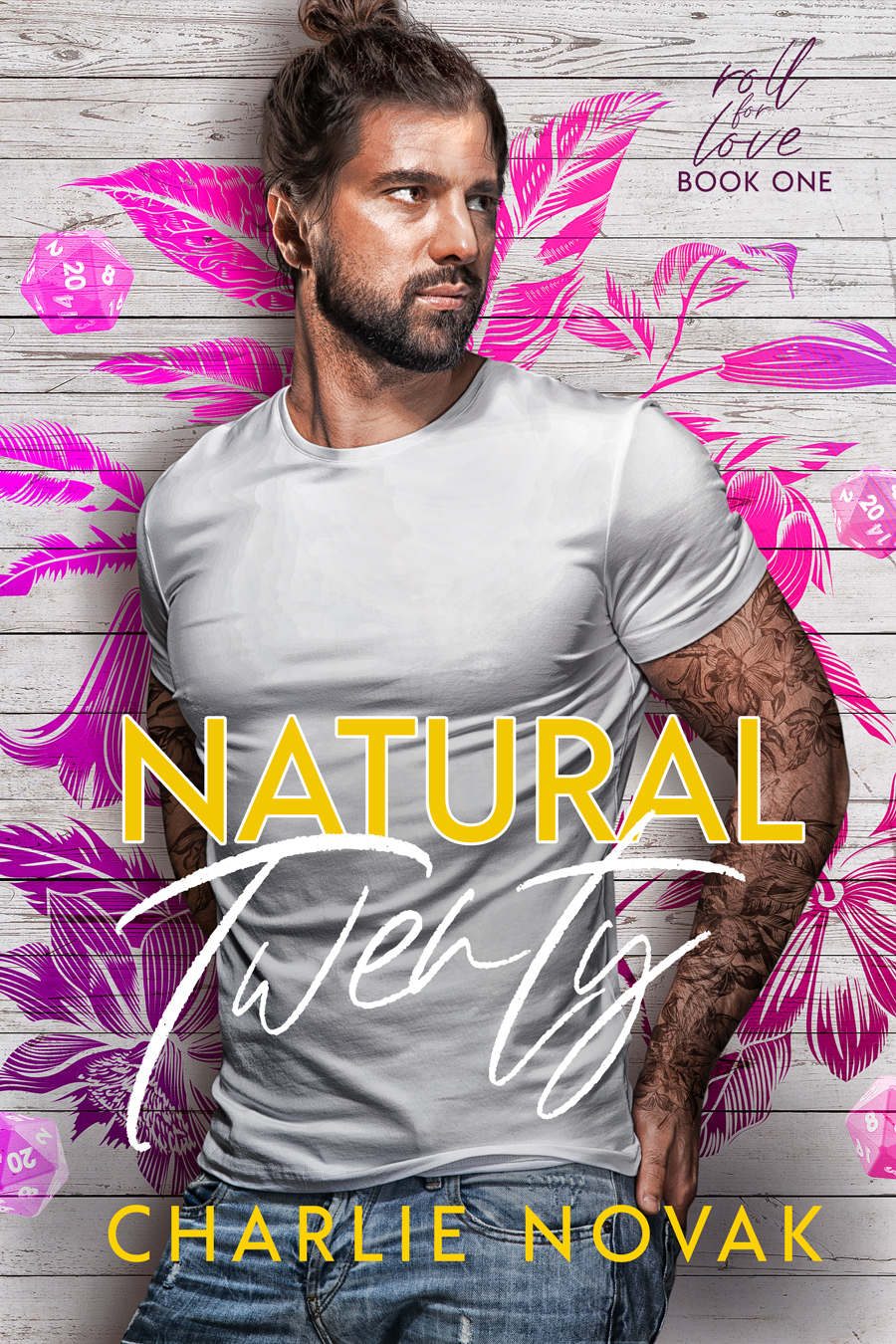 Roll for Love, Book One

Plants are easier than people—that’s Leo’s rule of thumb. After all, nobody really wants a man who looks like he belongs in a biker gang but would rather spend his time buried in books and flowers. It’s just easier to be single. Until he meets the owner of the new book shop.

Jacob Morris knows two things: he’s really attracted to the man who runs the local flower shop, and he doesn’t date. Not when he’s still healing from a bad breakup, has a new business to run, game nights to organise, workshops to host, and a website to build.

When friendship blooms into something more, Leo and Jay must decide whether to roll the dice and take a chance on love or keep forging ahead on their quests alone. Will their roll yield a one or a perfect, natural twenty?

Natural Twenty is an 80,000-word contemporary MM romance featuring Dungeons & Dragons, secret flower language bouquets, a spoilt Staffy (or two), and a best friend who is basically a gothic prince. It is book one in the Roll for Love series and can be read as a standalone. 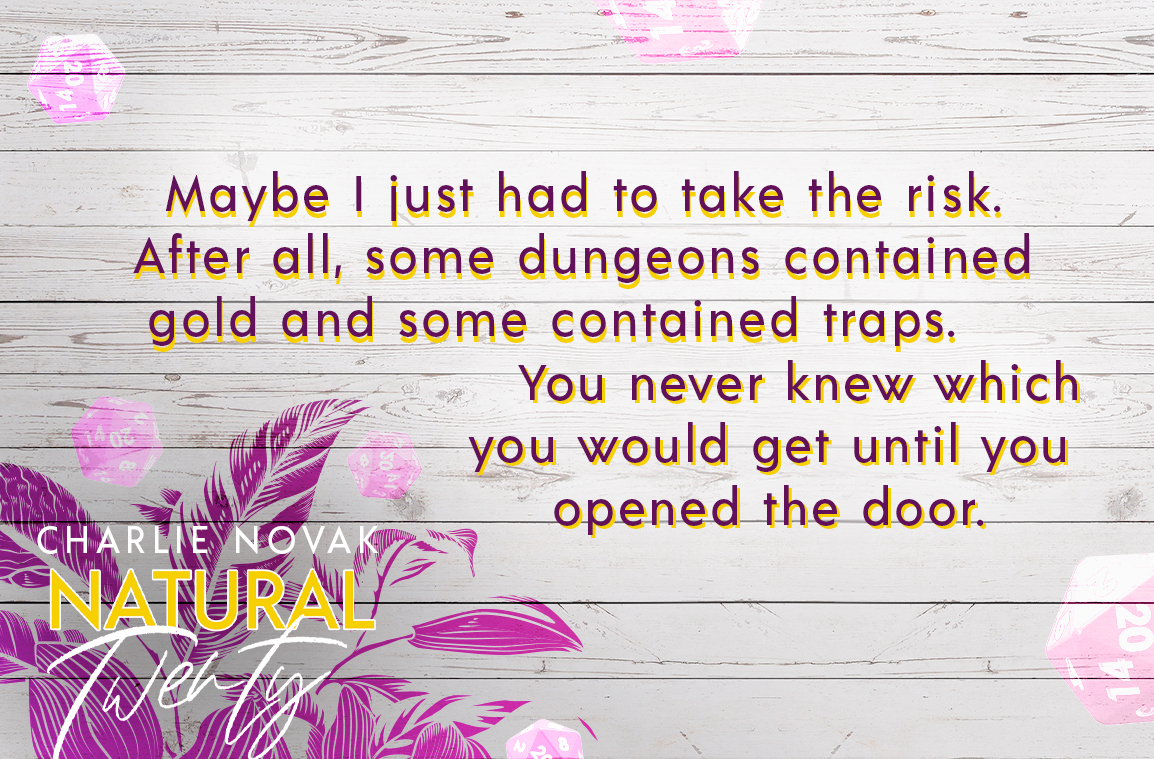 Jay I smiled and nodded, leaning on the counter while I tried to stop my heart from racing a million miles a minute. I’d never felt this nervous before. What was it about seeing Leo that had my stomach in knots? A snuffling noise distracted me, and I looked over the counter to see an adorable pair of brown eyes gazing up at me. “Hi there,” I said, reaching my hand tentatively down to gently rub the dog’s head. The brindle fur was soft under my fingers. They pushed into my hand, happily demanding more ear rubs. From the look of them, I thought they might be some form of Staffy, but my knowledge of dogs was iffy at best. “Aren’t you cute?” The dog huffed happily, and a pink tongue darted out to lick my hand. I chuckled. “I see you’ve met Angie.” Leo’s gruff voice made me look up. He stood in the doorway behind the counter, tattooed forearms crossed and a little twinkle in his amber eyes. “Shit. Sorry,” I said, pulling my hand away. “Don’t apologise. She likes the attention. Don’t you girl?” An uncontrollable grin slid across my lips as I watched Angie potter over to Leo, plopping down next to him and resting her head against his leg. He reached down to rub behind her ears and my heart melted. I know I’d told Edward I wasn’t interested in dating, but surely it was still okay to look. It wasn’t my fault Leo was genuinely the most handsome man I’d seen in forever or that he unwittingly ticked all the boxes on Jay’s checklist of attractiveness. He was tall and muscular but not in a way that suggested he spent hours at the gym. He definitely looked strong enough to pick me up though, and I was not going to even consider how much that idea turned me on. His dark hair was pulled up into a messy topknot, and his neatly trimmed beard didn’t hide his wide mouth. And then there were the tattoos. Lord have fucking mercy. I’d always found ink attractive, and I had enough of my own, but when I looked at Leo, my lizard brain wanted to strip off his clothes and lick his entire body. I’d seen his two full tattoo sleeves—each one a beautiful series of vines and flowers, intricately woven down his arms—and the simple black geometric pieces that decorated the backs of his hands. Looking at him now, I could also see hints of ink poking out of the collar of the thick knitted sweater he was wearing, the sleeves pushed up to his elbows. Even the idea that he had chest and neck tattoos made my insides squirm. 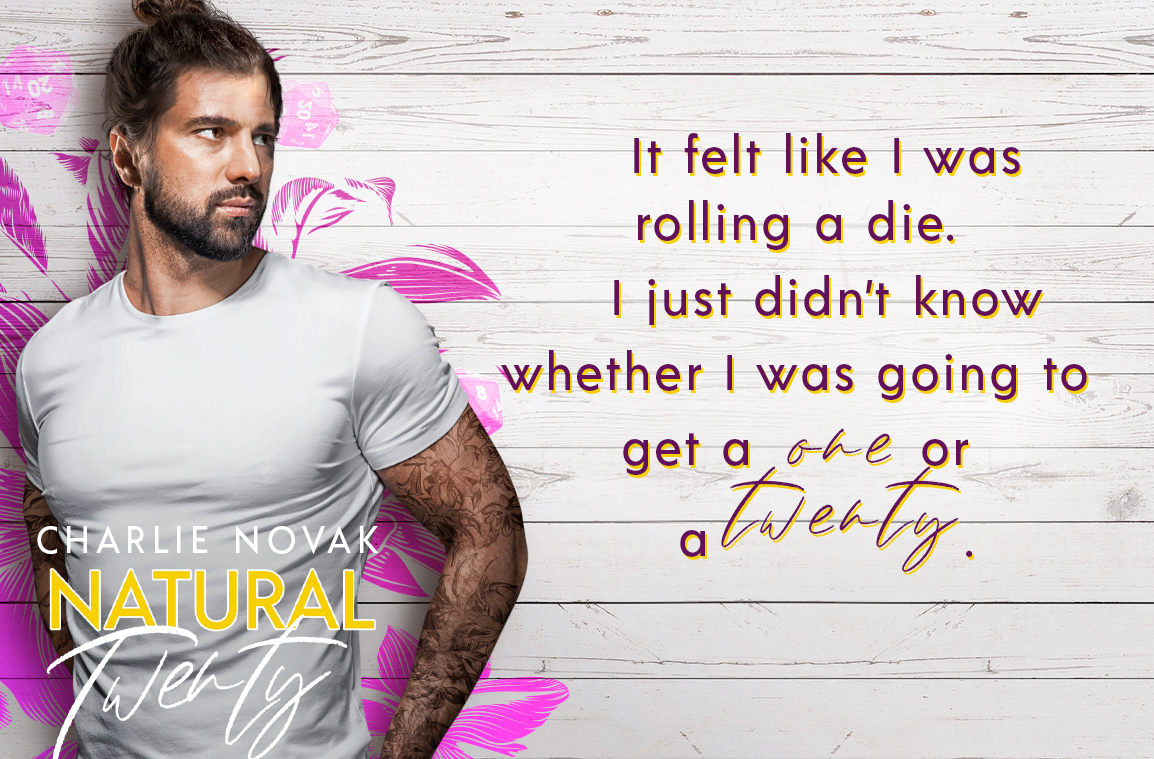 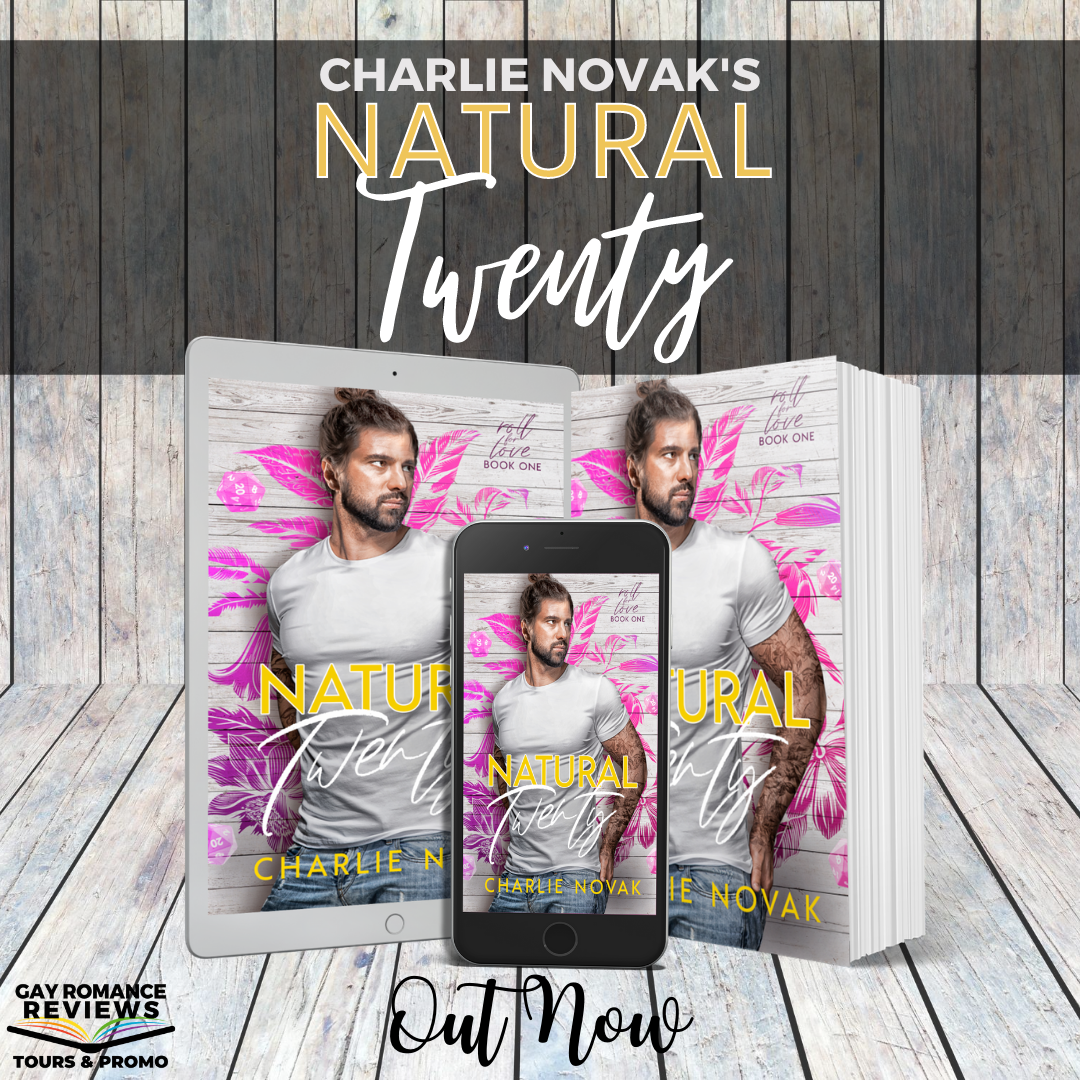 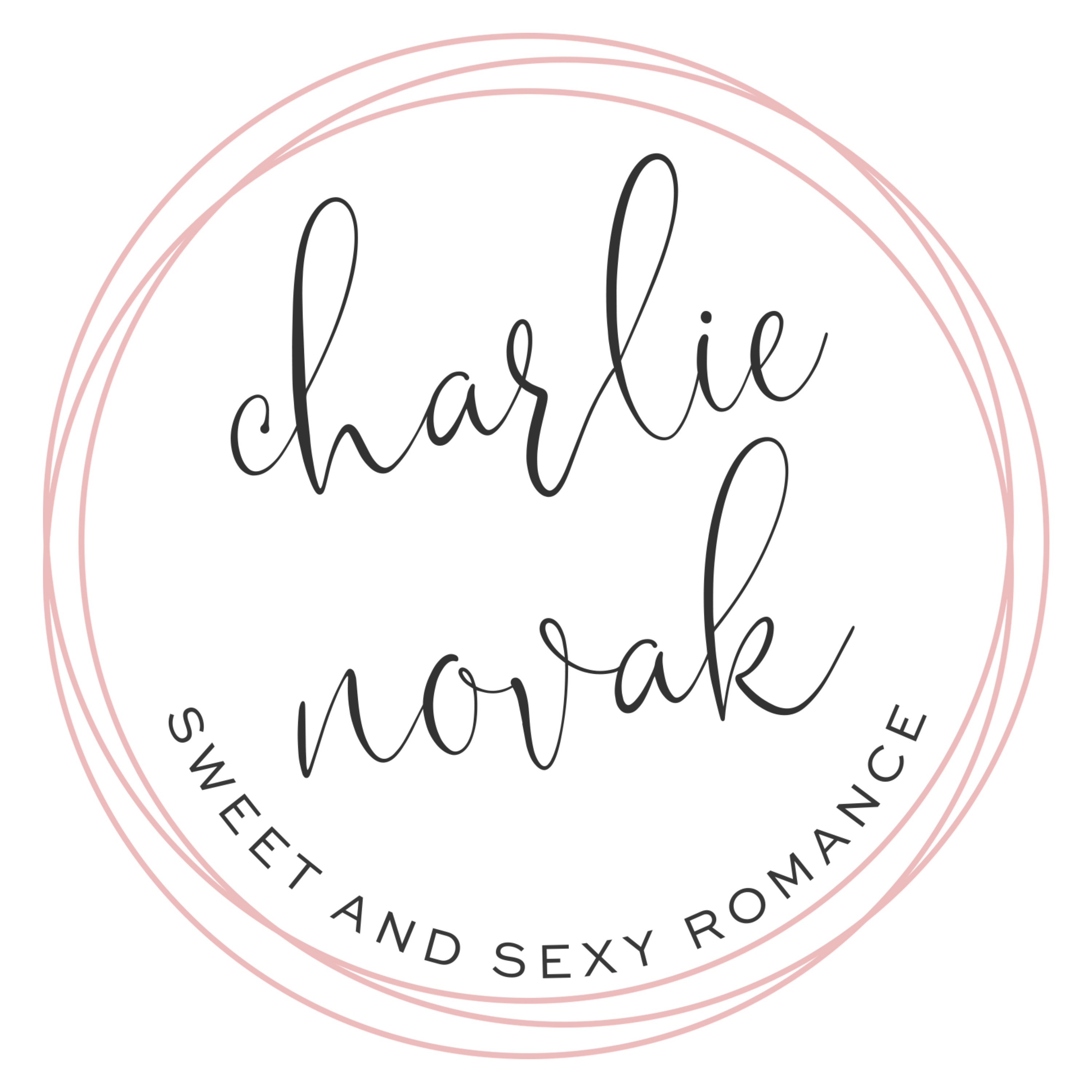 Charlie lives in England with her husband and a dachshund named Biscuit. She spends most of her days wrangling other people’s words in her day job and then trying to force her own onto the page in the evening.

She loves cute stories with a healthy dollop of fluff, plenty of delicious sex, and happily ever afters — because the world needs more of them. Charlie also believes that loves comes in all shapes and sizes.

Charlie has very little spare time, but what she does have she fills with cooking, pole-dancing, reading and ice-hockey. She also thinks that everyone should have at least one favourite dinosaur…