Surviving the Break by C.P. Harris 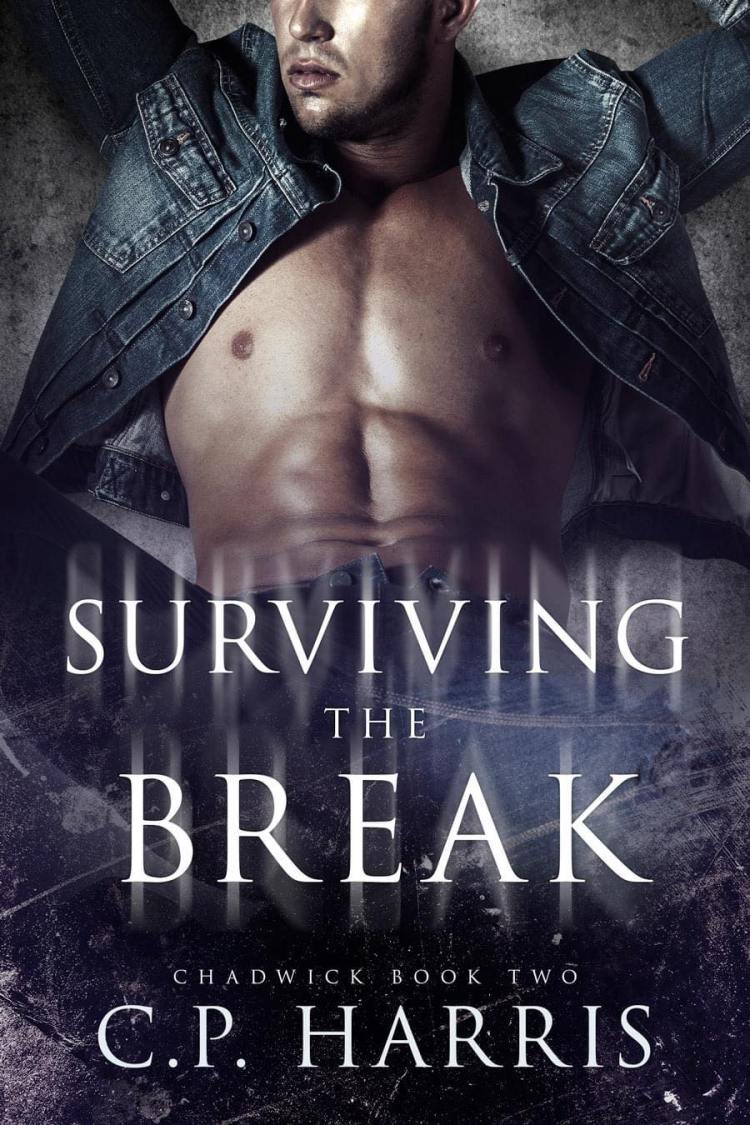 Max doesn’t do repeats, and he definitely doesn’t do commitments. Months after a hot encounter with a smooth-talking stranger in a bar room bathroom, Max comes face to face with the same sexy doctor during the unveiling of the community center’s dance studio. And the man is just as pushy and perceptive as Max remembers. Because of their mutual friendships, Max now has to work overtime to keep Dr. Ashton Jackson at arm’s length. Will he succeed in resisting the undeniable attraction he feels toward the man, or will he risk putting his heart on the line for love… again?

Ash isn’t afraid of love. He’s just never met The One. But there was something about the brown-eyed stranger he hooked up with that he can’t get out of his head. When their paths cross again unexpectedly, Ashton hopes to convince the wounded man with the heart of gold to give love a second chance. But what happens when the truth behind Max’s heartache threatens to leave Ash questioning everything he’s ever believed about himself? Will he too be left broken? Or will he and Max survive the break?

**An M/M romance and book two in the Chadwick series. Can be read as a standalone. Heat level is high. 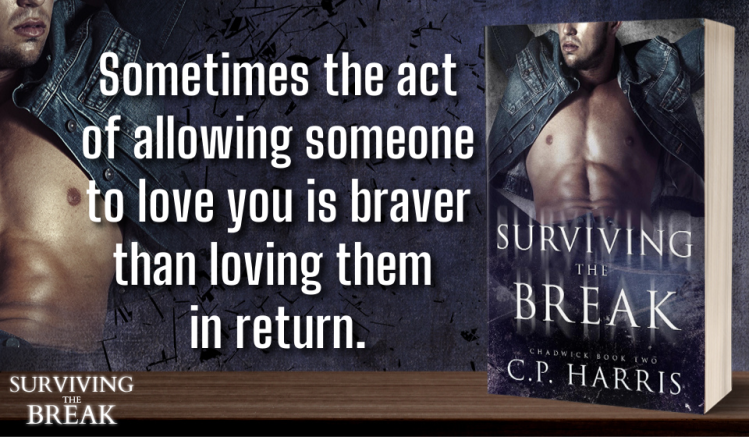 Could I have a one-night stand with Ash? One where we weren’t cramped in a bathroom stall and had the time to see it through? To gorge ourselves on the other and then be rid of the ever-heightening lust once and for all? It would be a lie to say I wasn’t attracted to him. It appeared we were polar opposites, in lifestyles and personalities, but gazing at myself in that bathroom mirror, suited but emotionally bare, caused an unavoidable stripping of denial. If we were so much as in the same building, the chemistry crackled between us, attempting to bring my restraint to its knees. The cacophony of sounds would drown out over the racing of my heart. And seeing him step up and help my cause when I could imagine his spare time to be already limited with his work and his cause—well, what better recipe for love? But I’d loved once before. Hard. And in return I suffered a betrayal so severe that now, if I wasn’t outright running from it, I was hiding.

Not wanting to be hurt again was a clichéd cover for the truth. The truth? I’d lost something fundamental to me the day Hayden left me, shattering all hope for our planned future. The me-of-now was untrusting. My doubt would eat at the patience of a saint. My rage would burn all bridges and decimate a heart that came to me whole. If anyone would be doing the hurting, it would be me. I’d be a dangerous thing to love.

So, a one-night stand with Ash? I looked myself in the eye in that mirror and knew the answer to that question was, if he would let me go after.

Because if walking away would require a fight, I wasn’t strong enough to win.

To celebrate C.P.’s new release, we are giving away $5 Amazon Gift Card & an e-bundle of the 2 current Chadwick Books! 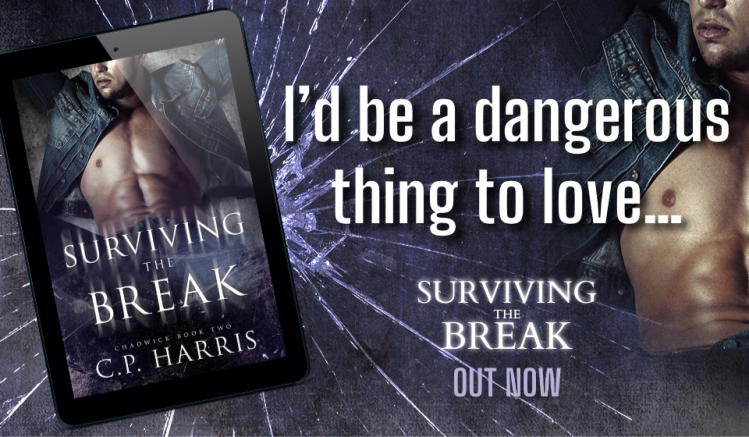 Check out Book 1:
Surviving the Merge by C.P. Harris 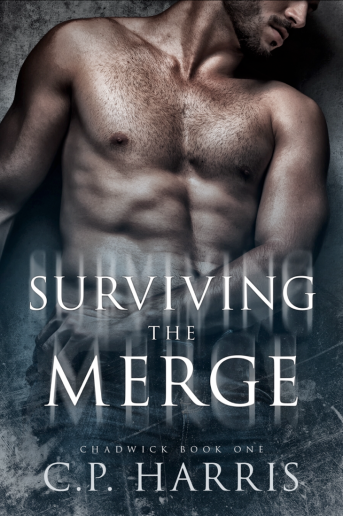 My name is Justin, and when I was seventeen, I fell in love with a boy named Damon.
Damon was sick, only I didn’t know it at the time. And like any disease left untreated, it festered and burrowed into the unaffected areas of us, until we were both so far from healthy, we were killing one another. Then a tragedy sparked our implosion.

With nothing of us remaining to salvage, I was left to pick up the pieces, while Damon found his escape in the abyss. Leaving me alone with his alter, Blake.

Damon and Blake are two halves of a whole. But Damon is the coldest part of darkness, and Blake the warmest part of light. Which form of ecstasy would you choose?

I love Blake with a ferocious intensity akin to the peeling back of skin. Except Blake isn’t Damon, but Damon was gone—until now.

What once threatened to tear us apart has become our catharsis.

Outnumbered in a relationship with the man who is my life, I’ve begun to learn more about love than I ever thought possible.

But can our love survive the merge?

**An M/M romance and book one in the Chadwick trilogy.
Can be read as a standalone, no cheating, no cliffhanger, and ends with an HEA. **WARNINGS: Contains explicit sex, violence, graphic language, and an MC with dissociative identity disorder.

Author’s note: For a full set of trigger warnings, please use the Amazon “look inside” feature to find them within the first several pages. 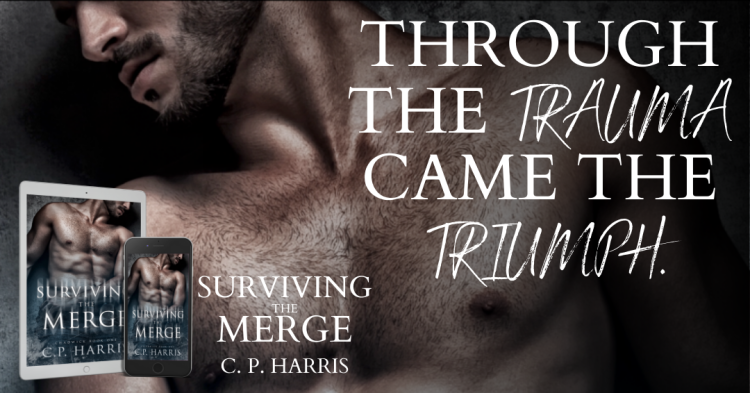 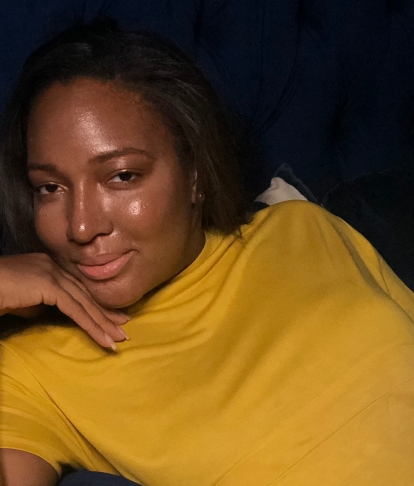 C.P. Harris resides in the city that never sleeps, although for her it’s lights-out by ten. She grudgingly dedicates her nine-to-five time slots to the finance world, but her most important role is mother to teenage twins. Her hobbies include, traveling, boxing, reading, writing–and more reading. And… more writing. She’s always had dreams of being a writer and after waking up from the most disturbing but romantic dream one April morning, she ran out and bought a laptop and hasn’t looked back. Romance is where her heart is, but she has plans to spread her wings across genres.