It’s Not You by Becca Seymour

When a protective ex-cop helps his gorgeous tenant through his recovery, their complicated history is asking for trouble. Will the fear of the past repeating itself destroy any possibility of happiness?

Daredevil drifter Lawrence Crawford is hunting for a place to call home. After ten years of looking, he believes he’s found what he’s been searching for. With a job that pays the bills and a small group of friends he’s opening up to, he lets down his guard. Perhaps too much so. Finding himself in need of support, Lawrence is forced to accept help from the one man who’s been driving him to distraction for the past year. His landlord.

Former cop Billy Hilton made a mistake—admittedly there’ve been many over the years. The latest is when he lets Lawrence believe he isn’t interested in pursuing anything with him. It’s not even the age difference or the fact the guy lives in Billy’s studio apartment that’s the problem. Instead, it’s all him. When Billy offers to play nursemaid to Lawrence, his intentions may not be pure, but they’re honest. And that honesty blows their lives wide open when Lawrence’s past comes knocking on the door, demanding changes and threatening an upheaval neither man may ever recover from.

Book five in Becca Seymour’s stand-alone low-angst, feel-good LGBTQ series, True-blue. In this small town, there are busybodies, dogs who cause chaos, families who have the “best” of timing, and opportunities for good men to find their perfect match. 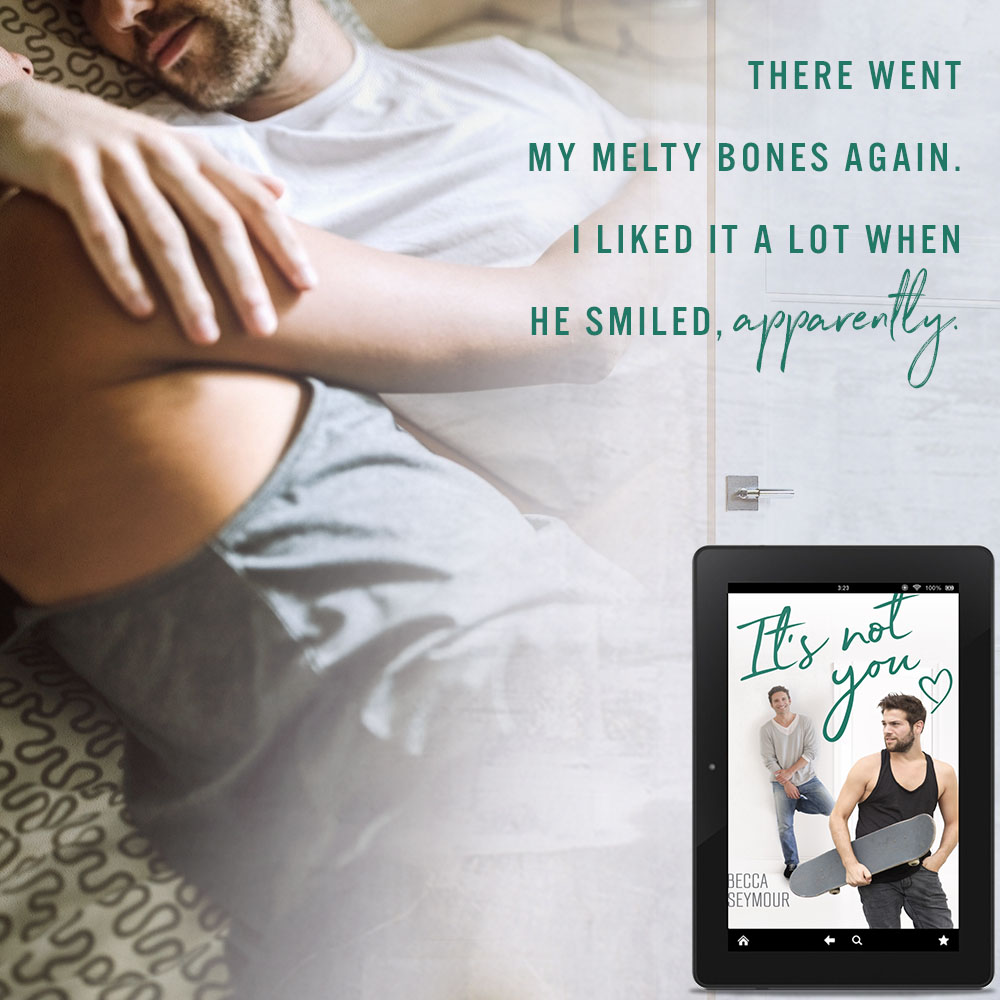 Straightening up, I tensed, knowing this look, and even without his words, I latched on to the steel needed to protect myself, arm myself for whatever he would say. “Lawrence.” The hardness of my name sounded strange compared to the soft gasps and groans I’d heard him say it with but a few short hours ago. “I….” Billy worked his jaw, before it fixed in a determined grimace. “I have things to do today. I was just coming to get changed.” “Okay…,” I said slowly, trailing off and hoping he’d see that as an invite for an explanation or an invite. Even though the latter would have knocked me off my feet in surprise. His eyes connected with mine. The warmth of last night was long gone. “I shouldn’t have let last night happen. I’d had too much to drink, and it was wrong of me to take advantage of you like that.” As he spoke, my brows dipped. Take advantage? Since I’d been cold sober, wasn’t I the one who would have technically taken advantage since he’d been the one drinking? I opened my mouth to speak, but didn’t have the chance as he continued, “It was a mistake. I’m sorry. It won’t happen again. The last thing I want is to make this awkward or difficult for you, so I’ll be sure to stay out of your way.” There was no opportunity to respond, to question or challenge or even call bullshit. He strode past me, this time his gaze resolutely not on me, and left me alone in his kitchen. The ball previously growing in my gut maxed out, forming uncomfortably and weighing heavy. I swallowed my hurt and confusion, willing the steel to form quicker, desperate for it to be fully erected so I could walk away and not look back. Putting one foot in front of the other, I kept my eyes on the exit, focused on slowing my breathing. This would not break me. I clasped the door handle, ignoring the memory of his sweet words and gentle caresses. This would not define me. I quietly pulled the door closed behind me, belatedly realizing I was barefoot but no way was I heading back inside. As I stepped into the morning sunshine, I tried to erase the hours of time we’d spent together over the past few months getting to know one another. And this most definitely would not be the reason I was run out of town again. Resolved, I didn’t look back as I headed toward the one-bedroom apartment I rented from Billy, situated above his garage. Last night had been a mistake all right. And there wasn’t a chance I’d allow that to happen again. 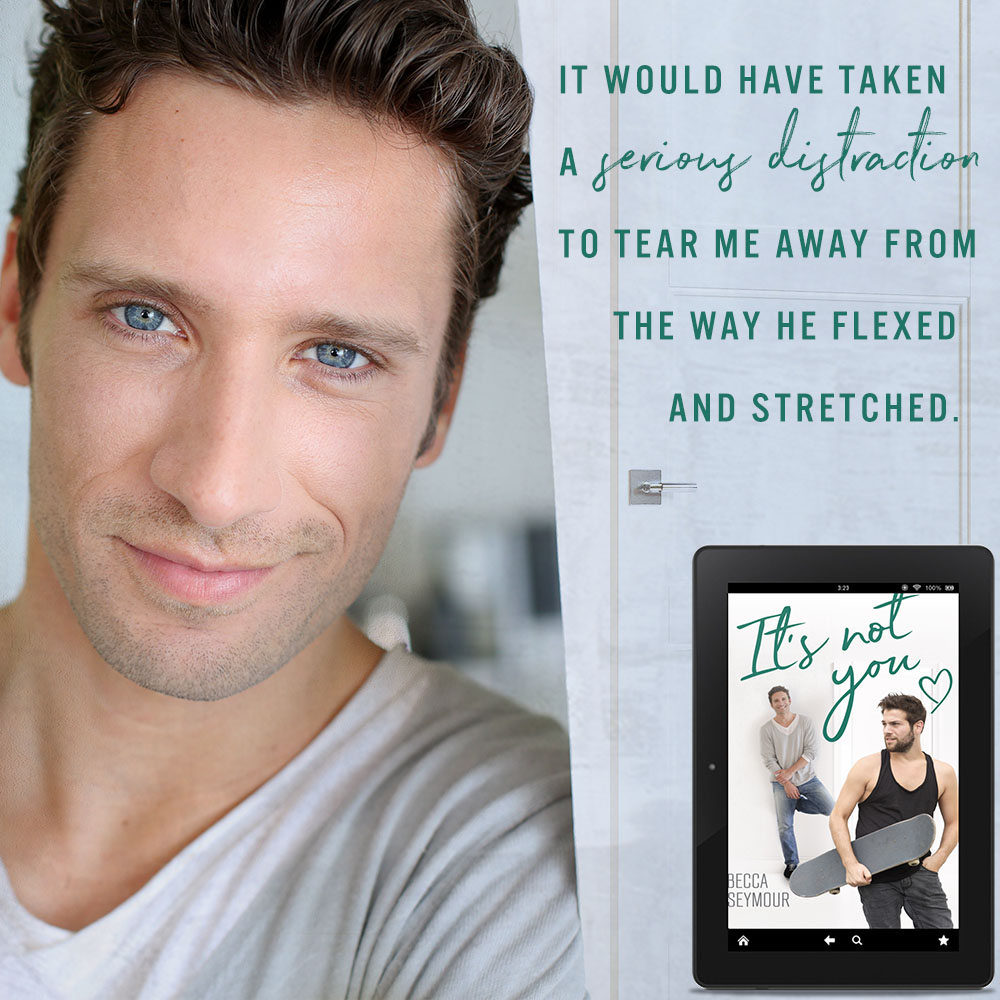 To celebrate Becca’s Cover Reveal, we are giving readers the chance to win 1 of 3 e-copies of True Blue Book 1: Let Me Show You!

Becca Seymour lives and breathes all things book related. Usually with at least three books being read and two WiPs being written at the same time, life is merrily hectic. She tends to do nothing by halves so happily seeks the craziness and busyness life offers.

Living on her small property in Queensland with her human family as well as her animal family of cows, chooks, and dogs, Becca appreciates the beauty of the world around her and is a believer that love truly is love.