When Matt is propositioned by Jasper, a hot older guy, he’s more than down. That is until he realizes Jasper has a boyfriend, and Matt would be joining them both. He’s not into it, especially since the boyfriend is a jerk, so he ditches them both. What Matt doesn’t expect is the lingering disappointment that the handsome man who approached him wasn’t single and he didn’t get a chance to know him better.

Jasper is not used to rejection. He didn’t become one of the most successful and highest-paid executives in all of Hollywood by accepting defeat. So when Matt, the sexy young barista, turns him down flat not once but twice, he doesn’t quite know what to do. Jasper finds himself going out of his way to get to know what’s behind Matt’s reluctance when it’s clear there is a mutual attraction between them.

Crossing Lines is an age gap, opposites attract mm romance set in Hollywood. There’s some angst and plenty of heat, but you can count on a HEA. (CW: references to past sexual assault.) This is the third book in the Hollywood Hopefuls series, but it works as a standalone novel.

“I’m Matt, by the way,” he said to Jasper, speaking loudly as they walked shoulder-to-shoulder. Jasper smiled in acknowledgement, looking as if learning Matt’s name was the best thing that had happened to him all day. When they were halfway across the bar, heading toward the dancefloor, Matt presumed, they were stopped by someone stepping in front of them, impeding their progress. It was an attractive guy, mid-thirties, with dark hair and a cocky smirk. He held a mixed drink in one hand and a full beer in the other. He extended the beer out toward Matt. Before Matt had a chance to contemplate what was happening, the man spoke. “I see Jasper was able to entice you before I even had a chance to buy you a drink. My man’s still got it.” He winked at Jasper, and then pushed the beer closer to Matt. Matt didn’t understand what was happening, but he instinctively reached out to take the beer. “Uh,” Matt looked from Jasper to the newcomer, still not grasping what was going on. “Thanks? For the drink?” “I’m sorry.” It was Jasper now, his sexy, smooth voice close to Matt’s ear as he sidled up to speak to him. “I’m being rude. Reid, this is Matt. Matt, this is Reid, my boyfriend.” Matt was certain his what the fuck expression was comical to behold, but really, what the fuck? Eyebrows raised, he turned to Jasper. “Boyfriend?” Jasper chuckled and nodded. “Yeah, boyfriend.” He looked at Matt with an amused expression. Looking back at Reid, Matt said, “And you are somehow happy with the fact that your boyfriend picked me up?” Reid’s smile was predatory. He stepped a little closer to Matt. “Oh, hell yes.” His eyes slid up and down Matt’s body with naked desire. While Matt had liked similar attention from Jasper not five minutes earlier, it felt somehow unsettling coming from Reid. Less like appreciation and more like assessment. Like he was mentally cataloging all the things he’d do to each part of Matt’s body, and Matt wasn’t here for it. Sure, Reid was a good-looking guy in the traditional sense, but there was something that just felt…slimy about him. And Matt had no interest in serving as a plaything for a couple in a relationship. Many guys might be down for a threesome with two hot men, but Matt wasn’t one of them. Give him regular old hookups between two consenting men, and he was happy. Anything too far beyond that started to dredge up a bunch of shit he’d rather forget.

Check out where it all began…

A sexy MM Romance set in Hollywood, full of sweetness and heat. Book One in the series.

Finn may look like a Romeo + Juliet-era Leo, but he’s out to prove he’s got what it takes to break the teen heartthrob mold. Grayson is a serious actor, with “serious” as the operative word, so he’s not thrilled to find himself hopelessly attracted to his young new co-star.

Starring on a teen soap may have made Finn Everett Hollywood’s latest “it” boy, complete with the 10 million Instagram followers to show for it, but does he have the chops to cut it as the newest cast member on television’s biggest drama, Frost Manor? Finn’s determined to prove himself as more than just as sex symbol and win the respect of his co-star, Grayson Winter.

Grayson is gorgeous, talented, and the celeb Finn has been secretly crushing on for years. Grayson is dedicated to his job. He has big aspirations to be Hollywood’s best leading man, and he’s willing to make personal sacrifices to get there. When his new scene partner is the charismatic and intensely distracting Finn Everett, Grayson is shaken loose from his single-minded ambition.

When Finn and Grayson start running lines, their off-the-charts chemistry has them wondering if big things are in store for more than just their careers. 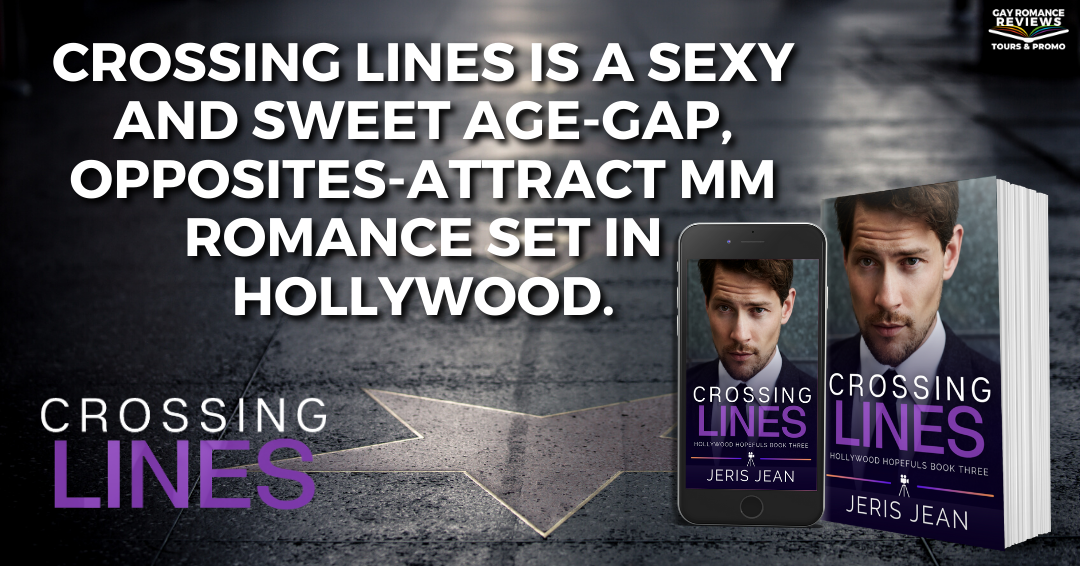 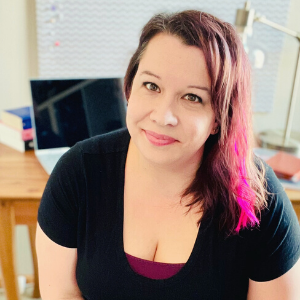 Jeris Jean is a life-long Minnesotan with an obsessive love of books. She has a master’s degree in English Literature but didn’t write her first novel until she was in her mid-thirties. Something just “clicked,” and all fell into its rightful place.

She lives with her husband, two sons and their cat, Fluffy Cat Love, in a lovely little suburb of Minneapolis.