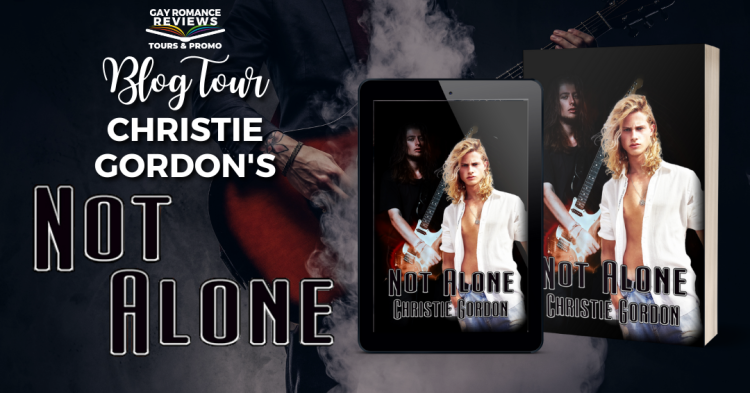 Ash is a rock star. Micah is a broken man.
Neither one wants to be alone.

Ash Oakley has spent his life making music and doing what it takes to reach the top, along with his best friend (with benefits) Wells by his side. After a year of touring and opening in stadiums for rock legends across the globe, he needs down time and rents an apartment in a beach town outside of foggy San Francisco. He decides to take up surfing. His first time out, he discovers a rude, but mysterious man on the beach who captivates him in a way he didn’t expect. The man is clearly grief stricken, something Ash knows a lot about after losing his guitar-playing brother to a drug overdose.

Micah Knowles left his friends, his family, and his high-tech job to sit on the beach, day after day, struggling to heal from a devastating event he can’t even speak of out loud. He doesn’t deserve friendship and certainly doesn’t deserve love, not after what he did.

When their worlds collide, Ash must uncover the truth about the man he’s falling for and decide if he can handle it. Micah must face his demons to heal and let Ash in. But after all that, Ash’s very public world and lifestyle might be the thing that tears them apart.

Ash picked up the board, threw it under his arm, and strode to his backpack. As he set the board down, he glanced at his neighbor and flipped his blond hair up over one side of his head, the long ends splashing against the top of the wetsuit.

The neighbor hugged his knees tight with his head lowered.

“Hey, you sleeping?” He bent over the backpack, his hair dripping into dry sand.

The neighbor lifted his head.

A gust of wind blew over them, so strong it drove Ash forward.

The brim of the neighbor’s baseball hat fluttered and flew off, throwing the hood off with it, making his long, black bangs swirl up around his head. His gaze caught on Ash, the large, brown eyes, and thick lashes under straight brows, vulnerable, but intense. He lifted his face, every bit as perfectly laid out as if it were a doll, the cheeks holding a slight flush over porcelain skin.

Gorgeous. Ash whispered, “Holy shit.” He gawked, unable to move, his breath caught in his throat, his heart pounding.

The neighbor jerked around in the sand.

Ash blinked hard and scrambled for the hat. As he snatched it in his fingers, the perfect doll appeared in his vision again, this time gazing at him up close, too close. He plopped his butt in the sand, leaning on one hand, gaping at the vision in front of him.

“Wh-what’s your name?” He stared at the doll, unable to look away, his heart thumping in his ears. Jesus, he needed to get a grip on himself.

“Micah.” His neighbor held out his hand.

He stared at Micah’s hand and placed his own inside it. He squeezed.

“Um, my hat.” Micah ripped his hand free. “Please.” He shimmied away from Ash. “Can you give it to me?” He dropped his head forward, letting the dark bangs cover his expressive eyes.

“Oh, yeah, sure.” What an idiot. As he flinched, he handed the hat to Micah, his other hand still tingling from Micah’s touch. He gulped hard and looked around him, fighting to find his voice, to calm the pounding in his chest. “Um…”

“You don’t want to be friends with me.” Micah placed the hat over his head and brought the hood up to cover it, then twisted around to face the surf.

“Wh-why wouldn’t I?” Did he hear that right? He stared at the back of Micah’s head.

“You just don’t.” Micah said, his voice unsteady, as if holding back tears.

And so, the rudeness was back. “Then why the fuck are you out here and not back at the beach in front of our apartments? You’re the one that told me to come here.” What the hell is wrong with this guy? He scowled at the back of Micah’s black, hooded sweatshirt.

“If you think I came here to watch your sorry ass surf, you’re mistaken,” Micah said, his voice wavering.

“Fine.” He didn’t need this shit from him. If Micah wanted to be like that, then fuck him. With a growl, he stood up, stomped back to his board and backpack, seized them up and trudged to his Jeep.

To celebrate Christie’s new release, we are giving you the chance to win 1 of 2 of your choice of any book from Christie’s backlist!