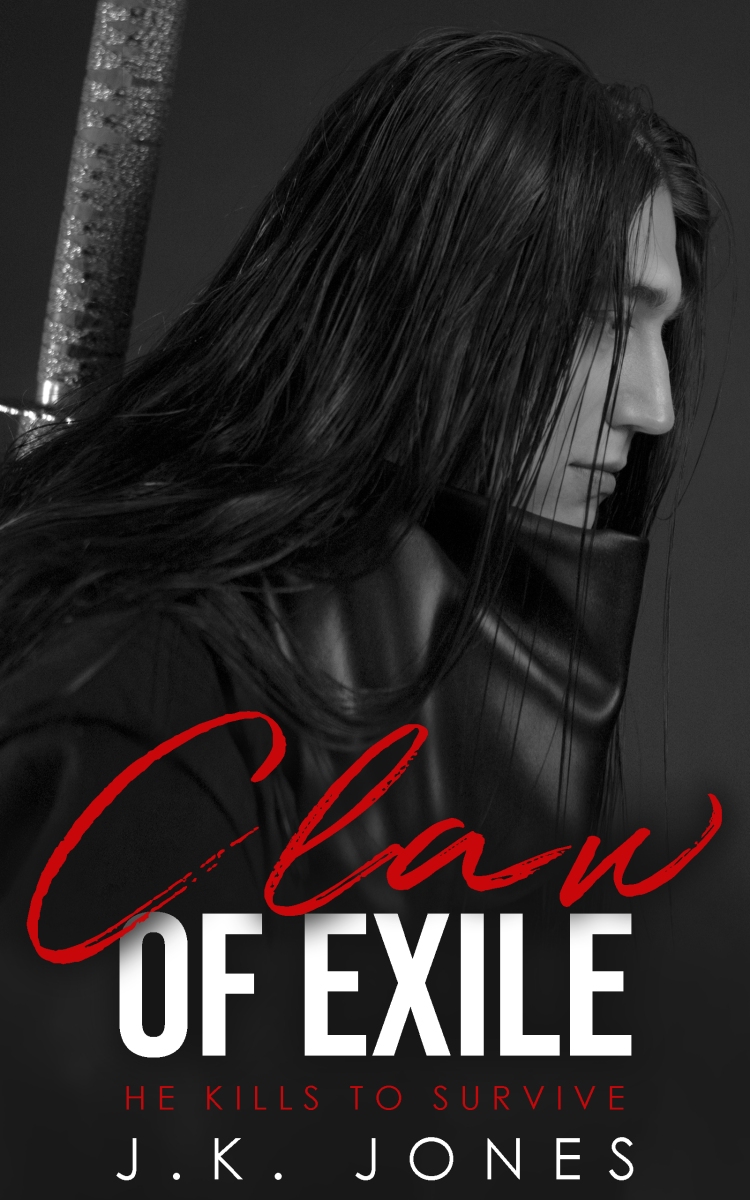 Cursed. Abandoned. Ryu Suzuki is no stranger to these things.

For years he wandered the Outlands with nothing but his Katana to keep him safe. Kuroi kage—Black Shadow is what they call him. A phantom Omega. He belongs nowhere. He is no-one. Until a vicious disease spreading like wildfire threatens everyone he loves.

After a series of unfortunate events, the game changes. Now he’s forced to go back to his long-forgotten pack, the Silvercrest Howlers. Suddenly, he’s staring at the man who ruined everything in the first place.

The Alpha that betrayed him. The White Lotus.

He also happens to be his mate.

Like all forbidden fruit, he appears lush. But his insides are brown and sodden with the foul stench of bacteria. They are covered with rot and deterioration.

On the outside, he shines and shimmers in the sunlight. But inside, the shriveled fruit festers as pus oozes through its thick skin.

Ryu Suzuki is indeed rotten to the core.

His callused hands grip the headboard as the body above him moves forcefully. The bends and twists of the man’s hips make Ryu shake violently. His back arches off the bed, pale skin gleaming in the moonlight. His hair sprawls like a black curtain, long and silky against the sheets. Earlier that day, it was upon him—the slick and the fever of desire—so ripe and deep he wrenches in anguish.

Ryu found the closest Alpha, large and powerful, and released his intoxicating scent. No Alpha can ever resist. Ryu lured him into his tiny apartment, no more the size of a box.

The Alpha didn’t ask questions but tossed Ryu onto the bed and tore off his clothes in a deep rage that would later consume him in his rut.

No kisses. No words of any kind.

Fuck. The man licks down the pale column of his neck, lapping at the skin. Passion tears through Ryu.

He comes for the fifth time that evening, soaking the Alpha and the sheets. This goes on for several more hours. When it’s over, they are both covered in sweat, the stench of sex and freesia filling the room.

The Alpha’s knot dies down.

Ryu knows what’s coming next. The Alpha stands, barely letting the air cool around them, and throws on his jeans and tight white T-shirt, his muscular arms rippling and straining against the fabric.

Just not at Ryu’s type.

Ryu ignores the question, lazily stroking his flat stomach, noting the sharp arch of his hip bones. He hasn’t eaten in days.

“Silent type, eh?” the Alpha probes. “Look, I only did this because you seemed desperate.”

That’s what they all say. Ryu wants to cackle. Instead, he watches the Alpha coolly through narrowed eyes.

“You have a mate,” he continues. “I can tell. Your Māku is strong, very strong. He must be a powerful Alpha. You shouldn’t be wandering around here without him. Whatever happened between you two…it doesn’t matter…the stench of another Alpha on his Omega is enough to drive one mad.”

Isn’t that what Ryu wants? To drive his Alpha mad? He turns his head away dismissively. This conversation is over. 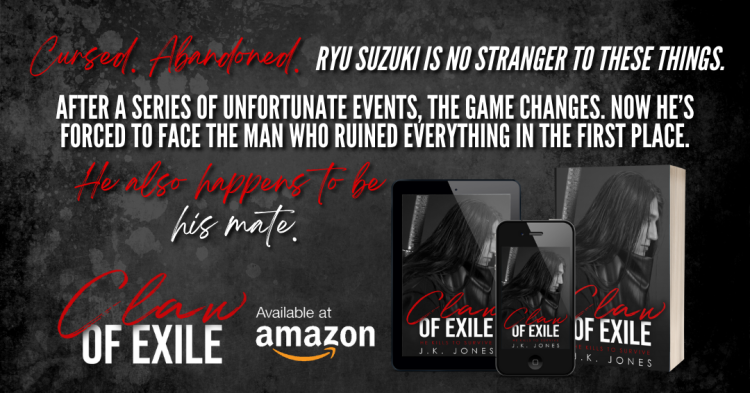 J.K Jones is a University Graduate with a B.A in Sociology, also a TESOL certificate for teaching English as a Second Language. Literature is in my veins and the words pour out of my blood. Message me privately to join the mailing list. I like my artys with a bit of fartsy. I love Sundays spend drinking massive amounts of coffee and lingering over whichever book I am currently enthralled with. Favorite movies: American Beauty. Duh. What can I say? It’s a classic. Favorite place: The fort I built in my basement which my mom forced me to take down. Favorite food: Cheetos. Puffs. I don’t know what everything is crazy about the crunchy ones are crap.