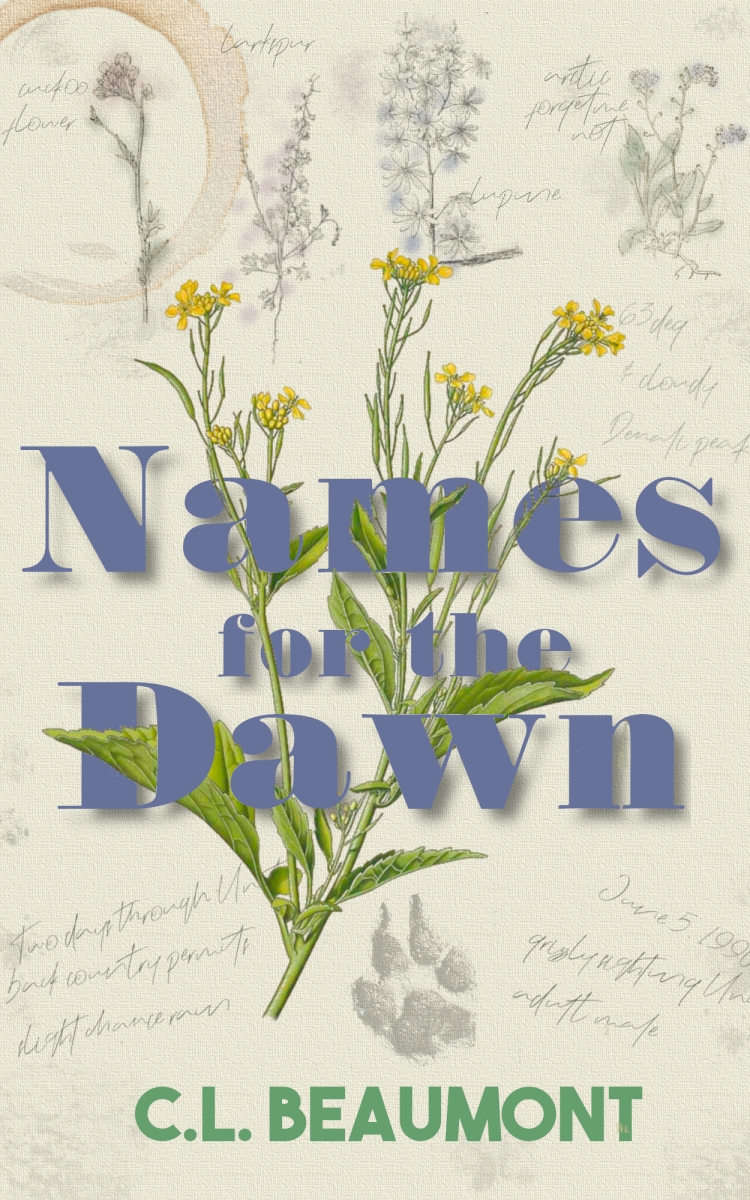 Seasoned Park Ranger Will Avery has found his home in the Denali wilderness, cherishing his solitary routines for the decade leading up to 1991. The trade-off that no one knows of his identity as a transgender man feels worth it for the comforting assurance he finds in the towering glaciers.

Until Will discovers an unexpected passenger in his truck—the visiting wolf biologist everyone in the Park is ecstatic to meet—Nikhil Rajawat.

Nikhil doesn’t return his new colleagues’ fervor. He’s dreamt of Denali for one reason: the pinnacle of his research, and it isn’t anyone’s business that this is the last year he’ll get to chase the wolves. He doesn’t expect to fall for the grizzled Ranger who forces him to carry bear spray in the backcountry. Just as Will doesn’t expect to ask Nikhil to share his bed.

But when their dreamlike summer comes to an end, and Nikhil resolutely leaves on a plane bound for India, a devastated Will pretends he didn’t just plead for Nikhil to stay. And one year later, when Nikhil suddenly re-appears in Denali without explanation, Will must decide if Alaska is his solitary refuge—or if perhaps there’s a home somewhere in the world for two. 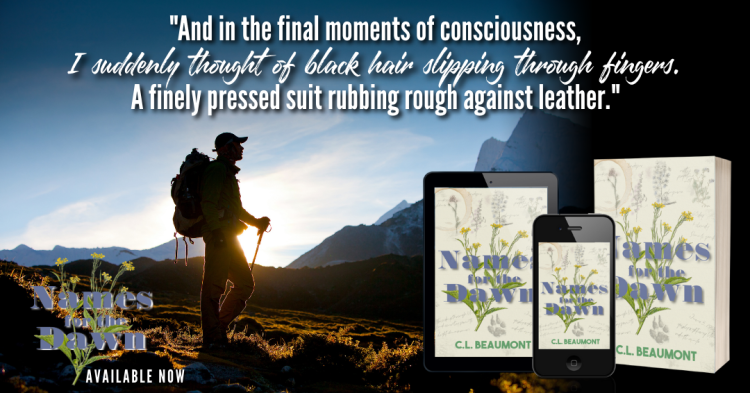 I had one foot up in the truck.

I turned. Terry was jogging my way, sweat dripping down his forehead despite the cold.

I bit the inside of my cheek. “Terry?”

“Look, uh, might be a small change of plans here.”

My skin ran hot, like a warning, and I leaned against the truck to face him. “This your way of telling me I gotta work a Visitor Center desk all summer?”

“No way, man. We’d lose all our visitors in a week. But, look, I was gonna have Jess drive him out in her van—give him her ‘Kantishna Experience’ talk to get him oriented on the way. You know, the usual for guests. And of course Morgan and the kids are staying out east to be close to the runway. But . . .”

“Mr. Raj wants to ride west with you.”

Terry looked at me like I was a bear just learned to talk. “Raj. Morgan’s man on the ground. The Mr. Raj.”

I was apparently the only man on earth who didn’t turn giddy at hearing the name. “This guy knows I’m not that kind of Ranger, right? How does he even know me?”

“Don’t know, Avery. Man just walked right up to me and said, ‘I’d prefer to ride with him,’ and he pointed to you.”

I forced a laugh. “Well, if the man wants to ride three hours in complete silence, let him be my guest.”

“You’re a gem, Avery. I’d give the man my own left arm if it meant he’d be happy here with us.” He formed his hands like a prayer, then dashed away.

And there I was: having just agreed to drive a passenger through Denali for the first time in my career, unable to muster up even the slightest hint of protest. I started the engine and sat back to wait for this Mr. Raj. Thought through how I would politely explain to him that my first drive out to Toklat after the snow cleared was like my version of Sunday church, and if he tried to talk to me the whole way I’d be tempted to let the bears have him. I convinced myself it was already a miracle I hadn’t told Terry to tell this Mr. Raj to fuck right off.

The yank of the passenger door opening startled me. I pretended to adjust the heating vents while a man climbed inside without a word. He settled, his pack squashed down between his feet, seat belt clipped.

“Howdy,” I should have said. “Name’s Avery. So you’re here about the wolves?”

But my mouth was dry, and an awkward silence rolled through the truck like water, swallowing up my limbs like a child who hadn’t learned how to swim. I couldn’t get myself  to shift the truck into gear. It’d been twenty years of co-workers coming and going without a second glance from me, and yet there I was, wanting to see what kind of man would pick me out in a crowd of identical uniforms. I finally gave in with what was supposed to be a secret glance—but it turned into a stare.

Mr. Raj was wearing a suit in the middle of Denali. 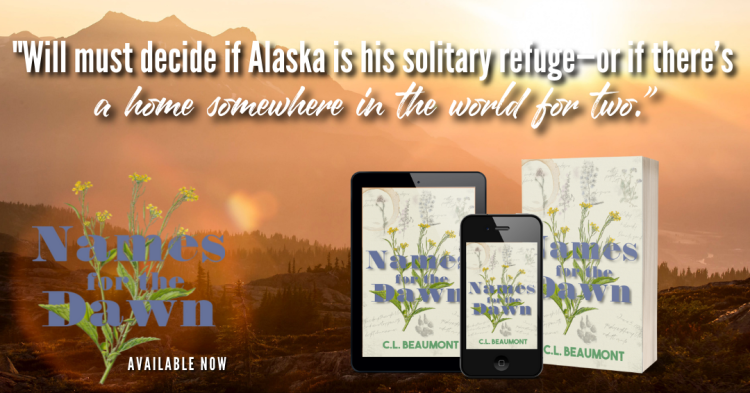 To celebrate the release of Names for the Dawn, C.L. is giving away a signed paperback copy of the release! C. L. Beaumont received his B.A. in South Asian Linguistics and Art History from the University of California, Berkeley, and now volunteers as a crisis line counselor while he delves into his true love: writing. When he isn’t hiking or checking another National Park off his list, he enjoys devouring crime fiction, cooking new vegetarian recipes, and working on way too many cross stitch projects at once. C. L. Beaumont lives in Montana with his gorgeous partner and their chickens.