Chase is controlled. River is anything but. The two together, on and off the court, are a force to reckon with.

When Chase Rossi steps onto the tennis court for the first time in his senior year at college, he thinks his position at first singles is secure. Then River Adams shows up, with his boisterous attitude, bad-boy good looks and a quest to unseat him. Though Chase considers River an enemy, he can’t ignore a growing attraction to him.

River Adams has to make an abrupt change in his tennis career after his mother is diagnosed with cancer. Now the coach is pitting him against Chase, the hottest guy he’s ever seen, and the best part? The easy way he gets under Chase’s skin and rips him apart, on and off the court, in more ways than one.

As tempers flare and secrets are revealed, the two find their opposite personalities might be a perfect match. Chase is attracted to all the things he should hate about River—his ridiculous antics, his carefree attitude, and his competitive nature—and he knows falling for River could be the thing that does him in. River doesn’t think twice about jumping in with Chase. He knows Chase is a man who could become his rock if he plays his cards right, just when he needs one. As they realize they compliment each other in every way, can they both figure out how to give their hearts fully and find the love they deserve? Coach Jim stood in the middle of a court by the net with a clipboard in his hand, all dressed in white, his brown hair thinning, standing in front of ten or so other young men. “You’re late, Chase Rossi, our number one singles, and Nick Jones, our number three singles.” He smirked at them, his brown eyes twinkling.

“Yeah, yeah.” Chase joined the other young men along with Nick and looked them all over. Pretty much everyone was back from last year, except for the seniors that had graduated. He counted five new ones, probably all freshmen by the look of them. He ticked his head to the ones he recognized, including the only other senior besides himself and Nick, Hunter Williams, a tall young man with brown wavy hair, cut to frame his face and his brown eyes.

Coach Jim tapped his clipboard with his index finger, his gaze following something beyond the courts.

Chase peered out. What was Coach looking at?

A young man, shorter than Chase with stark white hair flopping over the side of his head and black brows hovering over stunning blue eyes, came running toward them, a tan shirt pulling tight across his strong shoulders and skinny jeans hugging his narrow hips. He stopped next to Chase and smiled at him, his thick silver hooped earrings glinting in the sun.

Chase widened his eyes. His breath caught. Holy shit, it’s River. When did he bleach his hair? As his heart skipped, he took a hard swallow. “What the fuck are you doing here?”

“Nice to see you, too, Rossi.” River smirked, his upper lip the tiniest bit larger than the lower. He scanned the other young men.

Coach Jim smiled and shifted his stance. “I see you two know each other.”

“Yeah, I beat the shit out of him a few months ago at a tournament.” River snickered, then set his hand on Chase’s shoulder.

Chase flung his hand off, snarling. “Get off me.” Of course, the asshole had to tell everyone about the most embarrassing match of his life.

River’s smile waned and he took a step back.

Hunter came to River’s side, giving him a quick grin. “Hey, man. Glad you decided to come.”

“Thanks.” River lifted his chin to Chase. “At least someone is happy that there is now a great player on this team.”

“Now, boys…” Coach Jim took deliberate steps toward them, chuckling. “You see, this is very interesting. You want to know why?” He grinned at them both.

Chase pursed his lips. This was where Coach was going to do something that unnerved him. He knew it. “Uh, why?”

“You two are going to play doubles together this year.”

“What? You can’t be serious.” Chase flicked his gaze to River, his chest tightening. Fuck no.

River hung his head, shaking it, then laughed. “Oh, this’ll be good.” To celebrate Christie’s new release, we are giving you the chance to win 1 of 3 eBooks of your choice from Christie’s backlist! 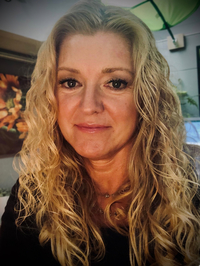