Sometimes the truth is the hardest thing to reveal.

Travel writer Rob Hanson has been from the summit of Mount Everest to the markets of Mogadishu. He loves adventure, he loves his job, and he loves the freedom of being single. At least that’s what he tells himself.

Everything changes when an assignment takes him to a small, idyllic west-coast island where he falls in love with the local woodcarver. From the first moment he sets eyes on Mitch, he feels like he’s found his perfect match. But things are never that simple for Rob.

Before long he finds himself involved with devious deals, jealous ex-lovers, and secrets from the past that refuse to go away. Rob knows that the only way to get what he needs is to reveal the truth. But does he have the courage to do what must be done in time to save himself and the man he loves?

“…I hope the trip went without a hitch.”
He stopped smiling. “As hitchless as a trip can go.” Why worry her with the details? “So…any hot guys there for you?”
Here it comes. The lecture. She did this every time.
“Well, there was Abdi, but I think he was just interested in my money.”
He heard her sigh on the other end of the line. “Is it too much to ask that you find someone

and settle down? How long has it been?”
“We’re not going down that road. Not now.”
“I just want you to be happy.”
“I am happy,” he said. In my own little screwed-up way.
She wasn’t giving up. “You know what your problem is, don’t you? You’re terrified of

commitment.”
“That’s not true.”
“You avoid any chance of it.”
“How do you figure that?” he shot back a little too quickly.
“Well, for starters, your only close friend’s a girl, and we both know I don’t have a chance,

but you don’t have any guy friends at all… I mean, to increase your odds of a successful relationship, you have to start somewhere.”

“Don’t be silly. I have plenty of guy friends.”
“Name one.”
He struggled for a moment before coming up with, “Carl at the gym.”
“The towel guy? Do you even know his last name, or maybe where he lives, or whether

he’s a dog or a cat person?”
“Last names among gay men are not necessarily…necessary.”
“Do you have any guys you’re close to?”
“Why would I need to? I have you.”
She shot back, “I think you’re using me as a shield so you don’t leave yourself open to

meeting a guy you could fall in love with.”

Rob wasn’t ready for this conversation. Why did everyone assume that he needed a relationship? He didn’t need anyone to get in the way. And as for any physical needs… Well, if he couldn’t handle them himself, he could easily find someone who could. Like Carl from the gym. Whatever his last name was.

He disconnected from the call. Rob took a deep breath, then took a long draw on his bottle of Wheel Rat and stared out into the harbour. I’m fine with things just the way they are. 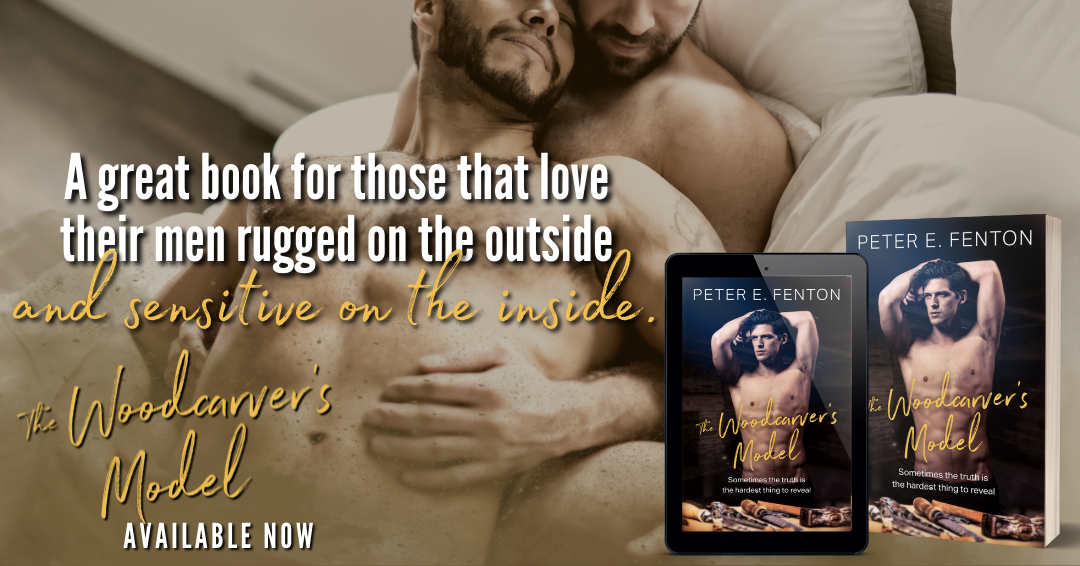 To celebrate the release of The Woodcarver’s Model, Perter are giving away a $25 First For Romance Gift Card! 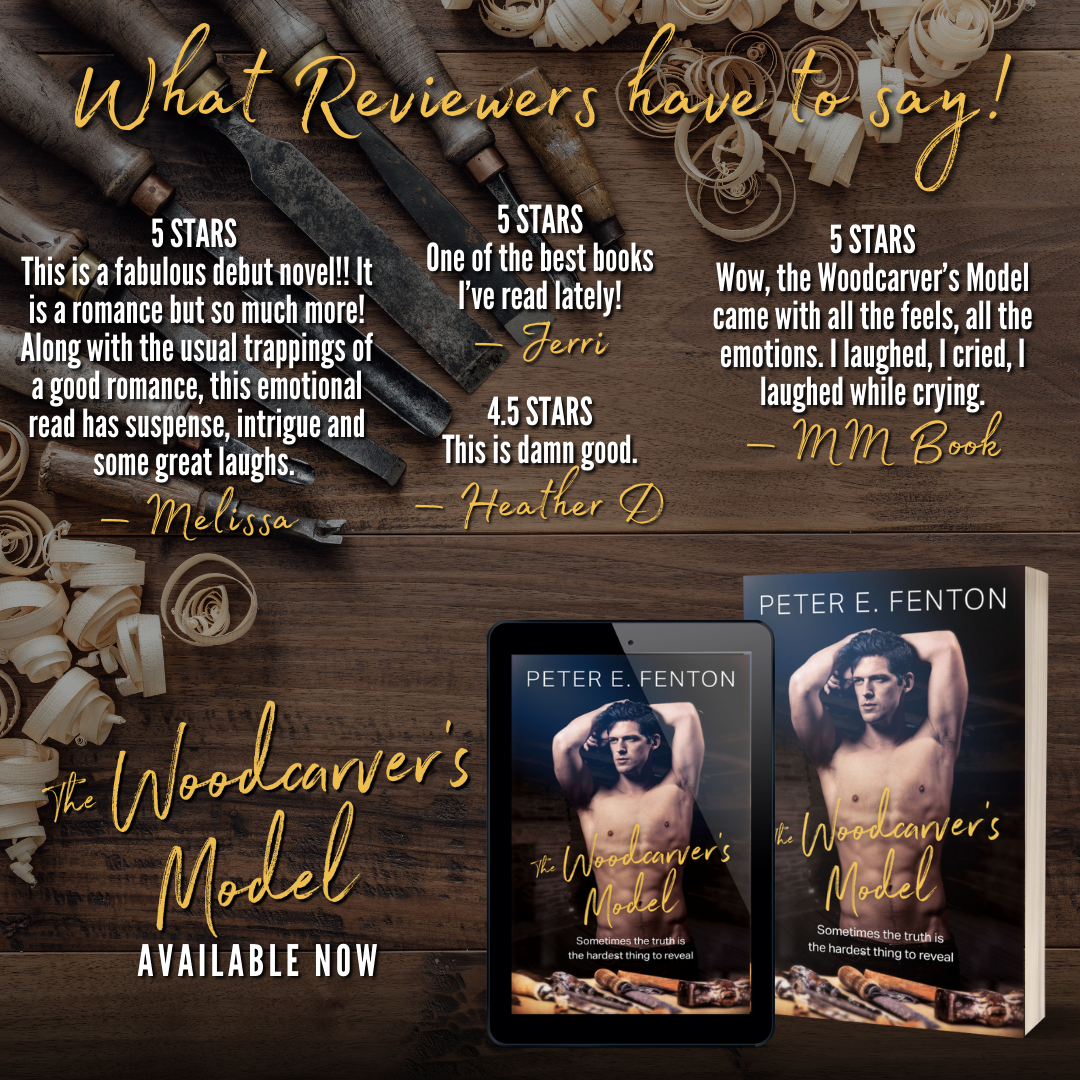 Peter E. Fenton has been working in the creative arts for over a decade. His prior work focused on writing plays and musicals including award-winning productions of The Giant’s Garden, Bemused, and Newfoundland Mary which have had professional productions across North America.

His work outside the arts includes a 42 year career in palaeontology with the Royal Ontario Museum. This job included working with rare fossils, and going on expeditions to remote locations in the Canadian Rockies, the Northwest Territories and Nunavut.

As retirement approached, Peter decided to draw on his many years of living, loving, and exploring and started writing in a longer form. The result is his first novel, The Woodcarver’s Model.

Peter currently resides in Toronto, Canada with his partner (who still writes plays), and is now working on a series of gay detective novels.