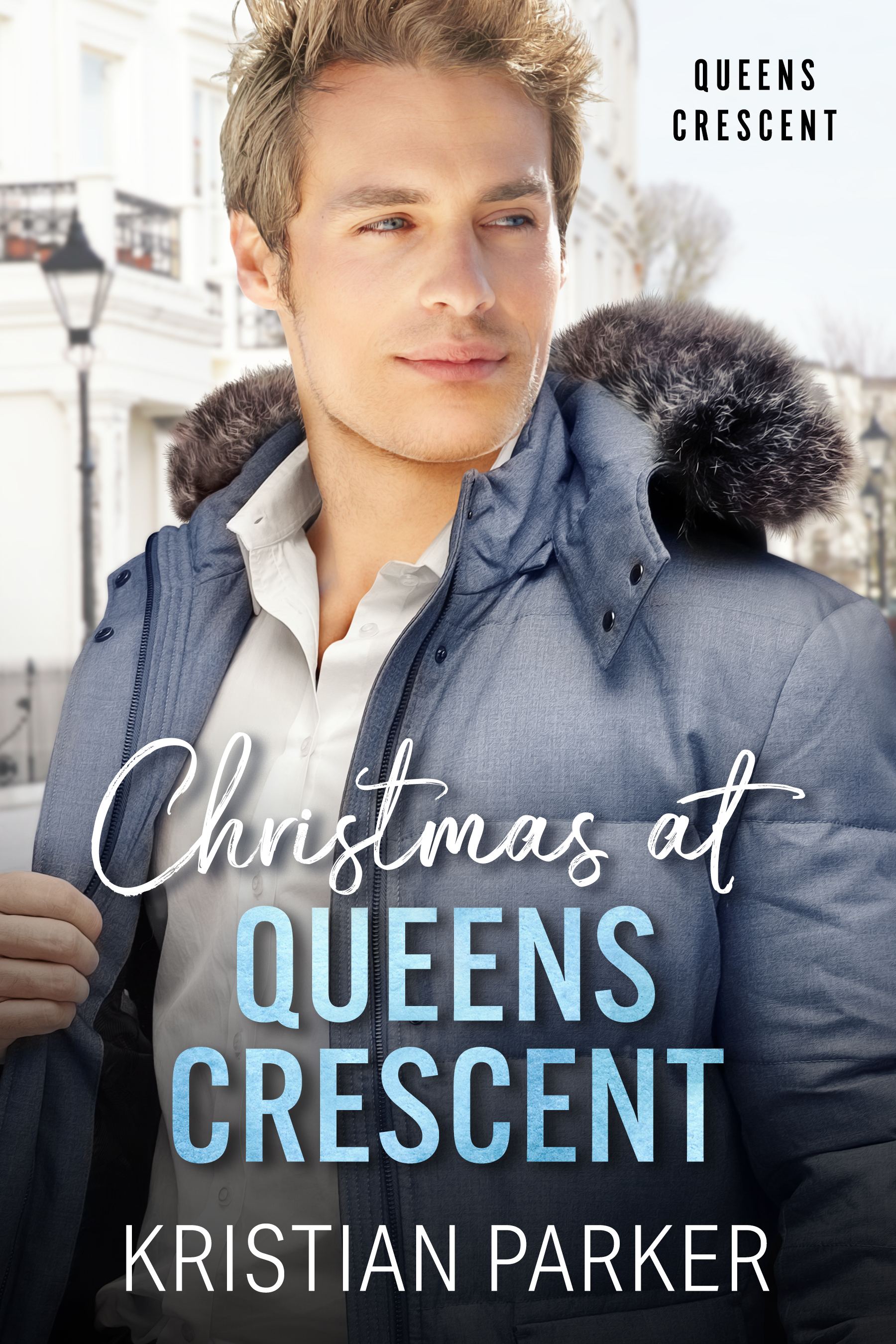 Jeremy Brookes is having a mid-twenties crisis. After losing his mother, he’ taken up his father’s offer to move from Canada to London to start a new life. The problem is, he has no idea how to do it. His billionaire father as some ideas…

Once Jeremy is installed in the exclusive neighbourhood of Queens Crescent, he will have to sort his life out pretty damned quick if he’s to avoid a lifetime at the pharma company where his father is CEO and his stepmother rules HR.

Jeremy isn’t cut out for that life or that of a spoiled rich kid, worrying where his next designer label is coming from. Then he happens upon Stuart Monroe, the handsome Scottish florist with a shop around the corner. As the only socialist in Kensington, Stuart’s lowly background makes it a challenge to be surrounded by such wealth. Instantly drawn to this rebel in their midst, Jeremy decides to do the sensible thing: go undercover as Stuart’s new shop assistant to get to know the enigmatic stranger better.

What could possibly go wrong? 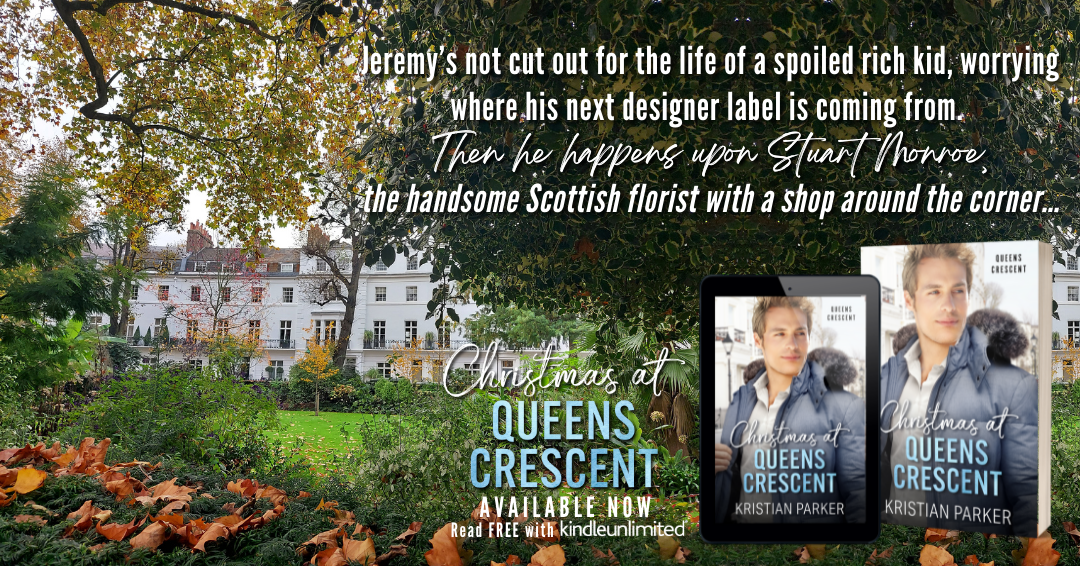 Jeremy Brookes dragged his massive suitcase off the carousel. It nearly knocked him over, but he’d refused to pack light.

“Welcome to London Heathrow,” a cut-glass accent sang out over the tannoy.

Tired passengers and frantic staff were weaving in and out around him as he looked at the doors which led through customs. A whole new life was waiting beyond them. A wave of panic flooded through him for a second. He had come this far and he would look pretty fucking stupid if he insisted on going back home at this point.

With a deep breath he stepped forward.

The automatic doors opened, and a sea of faces greeted him. Signs were held up for people and families were dashing to each other and, standing at the end, his father, Wade Brookes, grinned at him.

Despite himself, tears welled up inside Jeremy. As he reached Wade, that kind face which had saved him from countless childhood nightmares greeted him.

“Dad.” Jeremy let his father wrap his arms around him. Surrounded by happiness, he still sobbed into Wade’s chest.

It felt good to be cared for. It had been a long time. Jeremy pulled away and wiped his eyes. He must look a total idiot in the Arrivals lounge. Especially in England. They weren’t known for their public displays of emotion. He looked around but no one seemed to be bothered. “Sorry,” he said, laughing nervously. “I didn’t think I’d do that.”

Taking control of Jeremy’s case, he led him through the crowds. It gave Jeremy the time to get himself together.

“You look well,” Wade said once they’d got in the elevator.

“A little tired,” Wade continued. “No wonder though. I’m so glad you gave me the chance to care for you for a while.”

Jeremy shrugged. “There’s nothing left for me at home now. Yeah, I’ve got friends and stuff. I don’t know, it felt right to have a fresh start.”

Wade grinned. “And that’s what you will have. Honestly, I have so many plans for us. Cassie is excited too.”

Jeremy’s stomach sank. If his father noticed, he chose not to say anything. The elevator dinged and Wade was leading him out into the car park where a sleek black Aston Martin Vantage waited for them.

I thought she was the mid-life crisis.

After a struggle, they managed to squeeze Jeremy’s case onto the back seat.

“Shit,” Wade said. “I should have thought about that. I was too keen to show off.”

Jeremy climbed in. The leather interiors made it instantly cosy. “I don’t mind being a bit squashed,” he replied. “I’m arriving in London in style. Drive on.”

Wade laughed and fired the car into action. The engine was low and sexy. Jeremy wondered how long it would take to gain his father’s trust to let him take this baby for a spin.

“You won’t be driving this,” Wade said, as if reading his thoughts.

“It never crossed my mind,” Jeremy replied as innocently as possible.

They set off out of the huge car park. Jeremy couldn’t wait until they cleared the concrete jungle of the airport, and he could get his first glimpse of England proper.

“You’ll love it. There’s a ton of culture and history. We’ll show you round of course, but I really want you to explore by yourself too.”

“I really am grateful, you know.”

“You’re my son.” Wade turned the radio on. An impossibly English voice was reading the news. “Of course, I’m going to help. Your life has been on hold for years, Jeremy. “

Rage exploded within him. “It’s not like I had a choice, is it?”

“I know that, son. Believe me, it shows what a wonderful soul you are. But this is your time now, to decide who you want to be.”

“I’m closer to thirty than twenty, Dad. I’d look a bit stupid as an apprentice.”

Wade frowned. “People will understand why.”

Jeremy burst out laughing. “I’m hardly going to put ‘I nursed my mother through cancer’ as a previous job.”

Wade shifted uncomfortably. The gallows humour Jeremy and his mother had shared made others squirm. “Whatever you decide to do, I’ll back you. I’ve got a few ideas, but all in good time. You need to settle in first.”

Jeremy sighed. For the first time in ages, he had started to look past that day. It felt nice. Then the guilt came in like an oil slick.

They had cleared the airport now and were on the motorway. Jeremy stared out of the window at green fields and trees. It looked beautiful yet completely alien. “She feels a long way away,” he said, quietly.

Jeremy fought the tears that threatened to completely overwhelm him. They drove in silence which he was grateful for. He passed the time taking in the huge fields that slowly merged into high rises as they sped toward the city.

“It’s not that different to Toronto,” he said.

Wade chuckled. “I suppose not. Some parts are.”

“Tell me about your neighbourhood. Queens Crescent sounds very grand and English,” He had been sent endless photos of the little white street. It reminded him of the scene at the start of Act Two in Oliver! when everyone was selling their wares.

To celebrate the release of Christmas at Queens Crescent, Kristian is giving away a signed Paperback of the release! 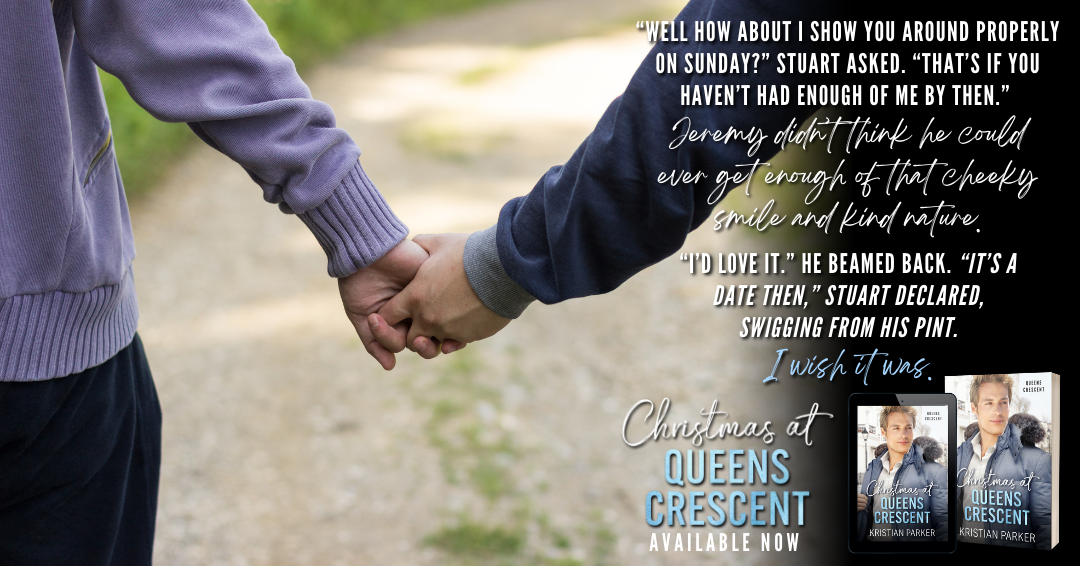 I have written for as long as I could write. In fact, before, when I would dictate to my auntie. I love to read, and I love to create worlds and characters.

I live in the English countryside. When I’m not writing, I like to get out there and think through the next scenario I’m going to throw my characters into.

Inspiration can be found anywhere, on a train, in a restaurant or in an office. I am always in search of the next character to find love in one of my stories. In a world of apps and online dating, it is important to remember love can be found when you least expect it.