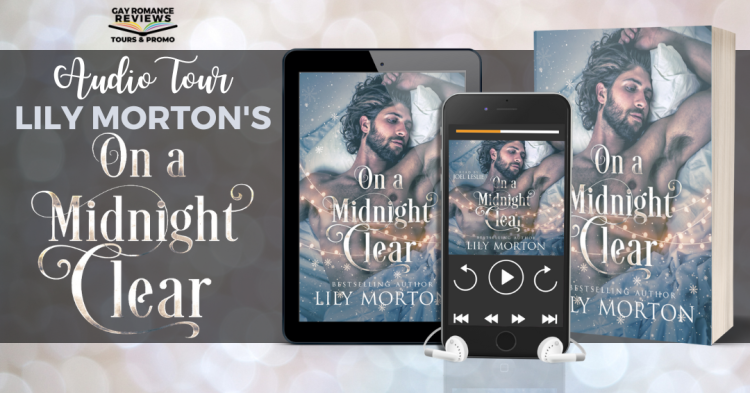 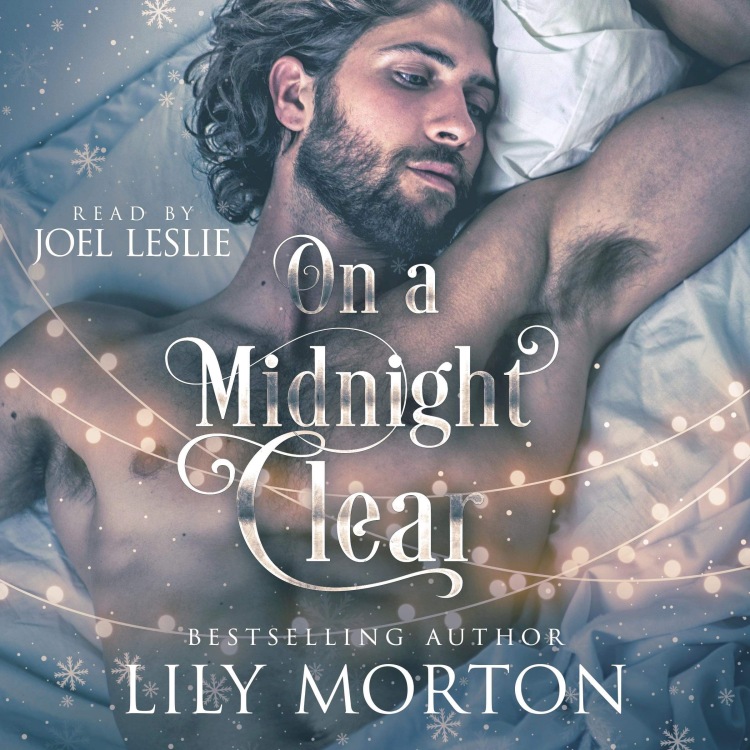 It can safely be said that Lord Barnaby Greenwood is not having the best of Christmases.

He’s penniless, up to his eyeballs in debt, and about to lose his estate. Therefore, it’s hardly surprising that when a local property developer offers a lot of money to buy King’s Wood from him, Barnaby is very tempted. But his father had always impressed on him that the green wood was sacred and must be protected at all costs, so he finds himself saying no.

He knows this will result in the loss of his home, but duty comes before everything. However, that fateful decision leads instead to a magical Christmas for Barnaby, complete with an old god who grants him a favour, and a beautiful statue that comes to life.

Cosmo is perfect for him. He’s funny and kind and completely enraptured with Barnaby, and for the first time in his life, Barnaby falls in love. But how can this lead to anything but heartache, when on the last stroke of midnight on Christmas Eve, Cosmo will go back to being a statue and take Barnaby’s heart with him? 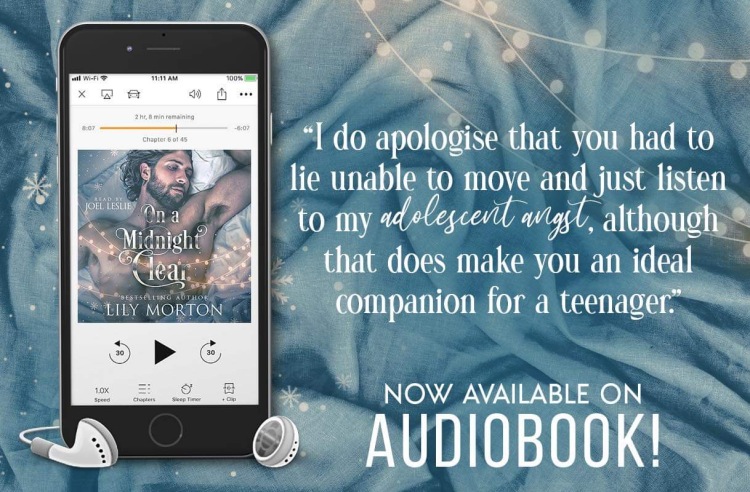 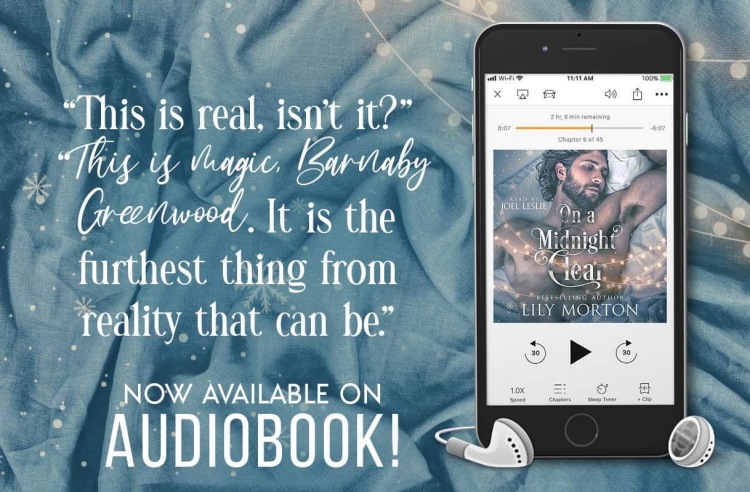 I stare at the builder who is sitting opposite me. His florid face glows in the light, and even as I watch, he runs his handkerchief over his forehead, mopping up the sheen of sweat. Then he folds his arms and directs a belligerent glare at me.

“Listen, Lord Greenwood. I have the utmost respect for you, but the time’s come to stop playing silly games.”

I wonder idly why people always say they have respect for you and then go on to prove the direct opposite but put a polite smile on my face as he carries on with his tirade.

I spread my hands and lean back in my chair at my desk. The leather creaks warningly, but like so much about my house, it just squeaks through. “Then we have a problem, Mr Thompson, because I own that wood, and I have no intention of selling it to you. You want to bulldoze it and build housing on the land.”

He glowers. “So? Is there something wrong with building new houses for people who need them?”

“Not at all,” I say mildly. “Only the people you build them for don’t need them, per se, as they are all rather rich. You build mansions and not social housing. Roughly translated, they’ll be clogging up the country lanes with their huge cars, speeding everywhere, and being appallingly rude to the local people as if the simple act of possessing three cars and holidaying in the Maldives automatically puts them out of the reach of politeness.”

He scoffs. “It’s not exactly your business.”

I wrinkle my nose. “It sort of is, Mr Thompson. That wood has been in my family’s possession for hundreds of years. It directly abuts my gardens. My father entrusted it to me with a solemn undertaking to keep it safe. Do you know anything about King’s Wood?” He shakes his head crossly, but I continue. “Druids worshipped there. There is still a circle of ancient stones in the centre about which we know very little.”

“Druids,” he says in a tone of disgust. “Are they those funny folks who run around in their nighties?”

“I’m so glad you could sum up our ancient pagan history in just a few words.”

He blows his nose belligerently. “I don’t hold with any of that London nonsense.”

“Well, as my old nanny used to say, we can’t always get what we want.” I pause. “It was either her or Mick Jagger.” I smile politely at him. “I feel we are at an impasse.”

A smile crosses his face that instantly makes me nervous. “Well, we’ll see about that.”

“What do you mean by that, Mr Thompson?”

He shrugs, standing up and pulling on his coat. “It means that Mr Watson and I play golf together.”

“You play golf with my bank manager? I’m unsure why that was said in such a threatening manner unless he cheats or steals your balls.” Despite my flippancy, anxiousness stirs in me, and by his smug smile, he knows it.

“Him and me, we’ve had some very interesting chats.”

I sigh. “Spit it out, Mr Thompson. I think we’re finally coming to the point after months of these chats of ours.”

“Mr Watson says that you’re in danger of losing all this.”

He waves his hand to encompass the room, and anger boils inside me at his careless gesture. To celebrate Lily’s new release, we are giving you a chance to win your choice of any book from Lily’s backlist! Three winners will be chosen! 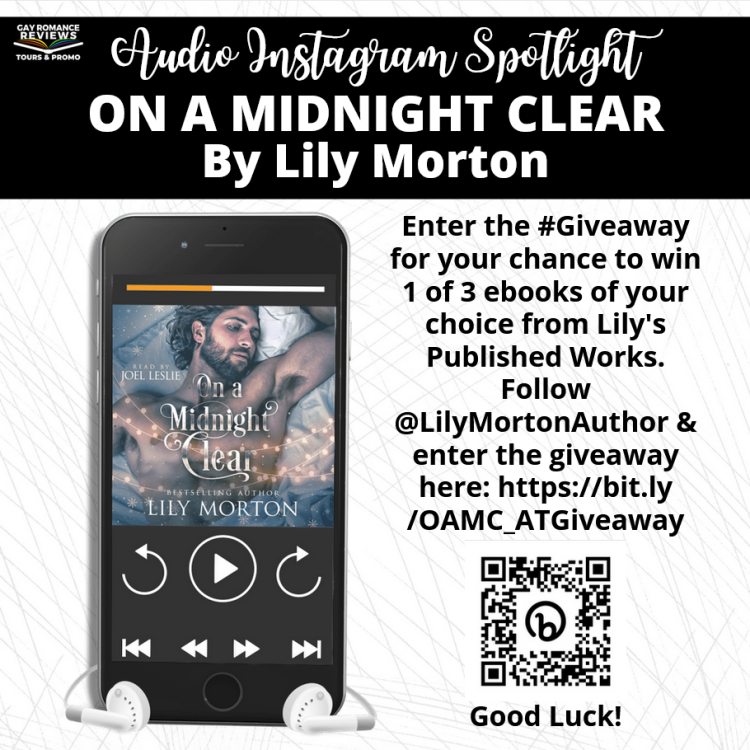 Lily is a bestselling gay romance author. She writes love stories filled with heat and humour.

She lives in sunny England with her husband and two children, all of whom claim that they haven’t had a proper conversation with her since she got her Kindle.

Lily has spent her life with her head full of daydreams, and decided one day to just sit down and start writing about them. In the process she discovered that she actually loved writing, because how else would she get to spend her time with hot and funny men?

She loves chocolate and Baileys and the best of all creations – Chocolate Baileys.